In his Farewell Address our first president, George Washington, made it very clear that US foreign policy was to: “. . . steer clear of permanent alliance with any portion of the foreign world.” In his inaugural address our next president, Thomas Jefferson reiterated this American position stating that US foreign policy was: “Peace, commerce, and honest friendship with all nations -- entangling alliances with none.”

Today the Amerikan Empire is neck deep in entangling foreign alliances. The North Atlantic Treaty Organization, which the US became a member of in 1949, is prominent among them. 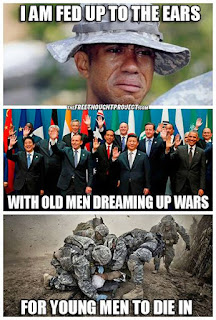 According to the preamble of the NATO agreement the members: “seek to promote stability and well-being in the North Atlantic area.”

How strange is it that a Moslem country some 2,000 direct air miles from the Atlantic Ocean became a member of the Organization in 1951?

How might this play out given the current political and military situation?

Suppose that our Moslem ally, Turkey, should shoot down a Russian military aircraft, utilizing American F-16s that we sold to the Turks. Suppose that the Russians should retaliate against the Turks for that belligerent action. Suppose that the Turks invoke Article 5 of the NATO treaty. In that case the Amerikan Empire would be obligated to come to the aid of the Islamic Turks against the nominally Christian Russians. [I call the Russians “nominally Christian” for I believe that at the present time they manifest more evidence of being a “Christian nation” than does the nation headquartered in the District of Corruption Columbia.] 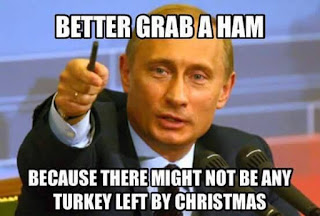 We may well be on the brink of World War III . . . and as has been the case for decades, at the very least, the Amerikan Empire would be on the WRONG SIDE of that conflict. 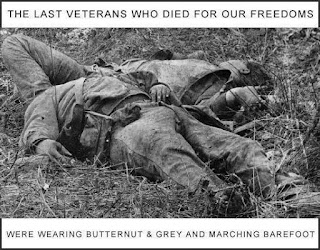 Just some food for thought.

As I have said so often in the past: “Mommas, don’t let your babies grow up to be Imperial Storm Troopers for the Amerikan Empire.” Not unless you want them to die for that empire, while fighting on the wrong side of a conflict that we have no business being engaged in.

Don’t send your sons and daughters off to be sacrificial cannon fodder for the pagan, anti-Christian government of the USA.

I believe with all my heart that it is the height of foolishness for any Christian or any Southerner to join themselves to the Amerikan military.

How can any rational being, who recognizes the absolute corruption of the Amerikan political system, continue to venerate the US military that is the enforcement arm for that corrupt system? 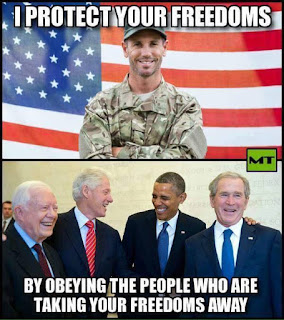 CLICK HERE to be added to our email list.
Posted by Greg Wilson at 6:04 AM No comments: 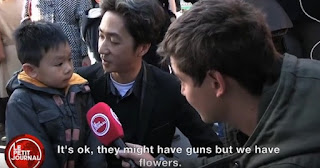 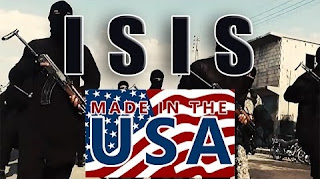 CLICK HERE to be added to our email list.
Posted by Greg Wilson at 5:16 AM No comments: 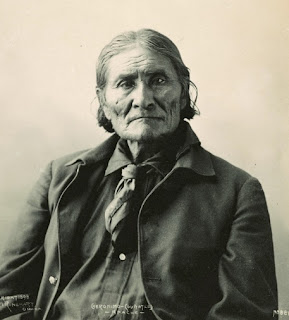 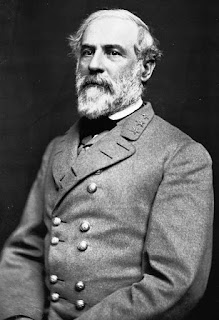 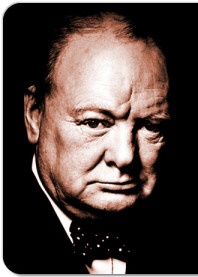 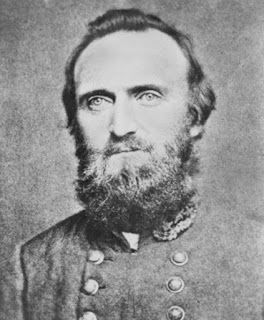 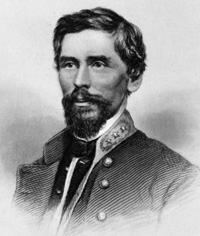 CLICK HERE to be added to our email list.
Posted by Greg Wilson at 4:17 AM No comments:

Has the awkward stage come and gone?

Some of you, no doubt, are familiar with Claire Wolfe’s observation that “America is at that awkward stage. It's too late to work within the system, but too early to shoot the bastards." 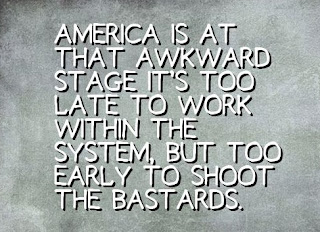 That statement dates back to at least the time of her 1996 book, 101 Things to Do 'Til the Revolution.

I’m not advocating that we take up arms without the necessary preparation and deliberation, but I do somethimes wonder if that time has not passed us by.

I am quite certain that our Revolutionary and Confederate ancestors would have already been in the field by now. By this time they had already broken asunder the chains of the respective empires that bound them and stood defiantly as free Christian and Southern men. 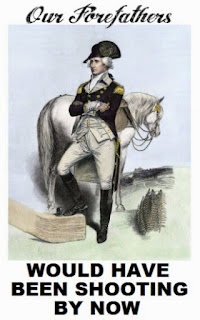 I realize that our circumstances are different from theirs. But I sometimes wonder if there will ever be a stand against the tyranny we face, or if we will just go quietly into the godless collectivist night.

How shall we then separate ourselves from the evil and corrupt Amerikan empire? I don’t claim to have the answer to that question, but I believe it is imperative that we begin our quest to find it.

I know that I have already seceded in my own heart and mind, but this is only the beginning.

Ain’t my flag, ain’t my country. But what exactly are we leaving for our children and grandchildren?

Both the original U.S. and the Confederate Constitutions speak of securing “the blessings of liberty to ourselves and our posterity.”

What chains we are forging for them by our inaction? Ought not we to have the same concerns for our posterity as our ancestors did for us? Have not we enjoyed the benefits of our ancestors’ struggles? Ought not we be willing to enter the fray for those who follow us?

“If ye love wealth better than liberty, the tranquility of servitude better than the animating contest of freedom, go home from us in peace. We ask not your counsels or arms. Crouch down and lick the hands which feed you. May your chains set lightly upon you, and may posterity forget that ye were our countrymen.” ― Samuel Adams

It is widely reported that Winston Churchill once made the following statement: 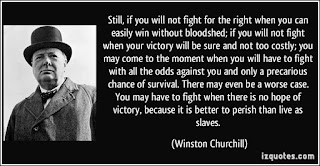 Perhaps we should ask ourselves where we are in his scenario. I pray that there is still hope for victory, but I know it is better to perish than to live a slave.

Let us all prepare for what must soon be upon us. 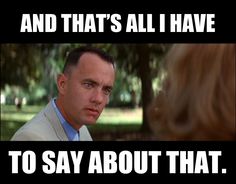 CLICK HERE to be added to our email list.
Posted by Greg Wilson at 5:32 AM No comments: