When did "discrimination" become dirty word?

The Modern Webster’s Learners Dictionary gives this as the primary meaning of discrimination:

- the practice of unfairly treating a person or group of people differently from other people or groups of people.

That definition might cause a discerning (discriminating) person to ask: What word would then describe FAIRLY treating a person or group of people differently from other people or groups of people?

Interestingly the 1828 Webster’s Dictionary contains no negative connotations for the word discrimination, giving this as the primary definition:

- The act of distinguishing; the act of making or observing a difference; distinction; as the discrimination between right and wrong. 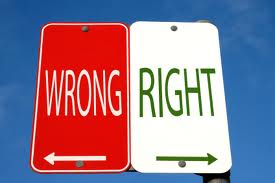 Our language has changed and we are the worse for it, nay we are destroyed for it.


The priests of Israel were condemned for their failure to properly discriminate:
Eze 22:26  Her priests have violated my law, and have profaned mine holy things: they have put no difference between the holy and profane, neither have they shewed difference between the unclean and the clean, and have hid their eyes from my sabbaths, and I am profaned among them.
We live in a day when it is considered evil to distinguish between good and evil; between darkness and light; between male and female; between holy and unholy.
God is bringing His judgment upon a wicked nation (Amerika). Rejection of truth becomes its own punishment.
Isa 44:18  They have not known nor understood: for he hath shut their eyes, that they cannot see; and their hearts, that they cannot understand. 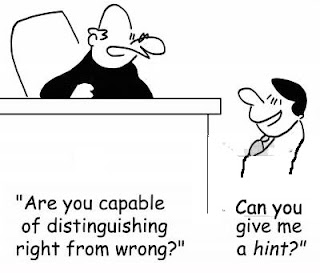 Rom 1:28-32  And even as they did not like to retain God in their knowledge, God gave them over to a reprobate mind, to do those things which are not convenient;  (29)  Being filled with all unrighteousness, fornication, wickedness, covetousness, maliciousness; full of envy, murder, debate, deceit, malignity; whisperers,  (30)  Backbiters, haters of God, despiteful, proud, boasters, inventors of evil things, disobedient to parents,  (31)  Without understanding, covenantbreakers, without natural affection, implacable, unmerciful:  (32)  Who knowing the judgment of God, that they which commit such things are worthy of death, not only do the same, but have pleasure in them that do them.
Our task is to remain a pure testimony against the darkness that surrounds and to trust in Him.
Php 2:15  That ye may be blameless and harmless, the sons of God, without rebuke, in the midst of a crooked and perverse nation, among whom ye shine as lights in the world;