Let’s Keep Dixie Southern – BUT We’re Going to Have to Work at It! 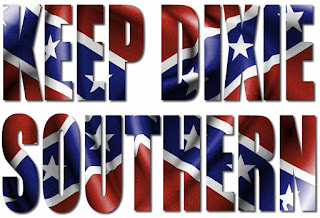 It’s nice to live in a rural county in North Central Florida. A county that still retains much of it Southern character.

Just last Friday my wife and I stopped by our local Save-A-Lot grocery store. In the parking lot were two Levy County Sheriff’s vehicles and several people were standing around a car. My wife encouraged me to park away from the commotion, whatever it was.

As we exited the store, there were now four units parked around the aforementioned vehicle. As I looked closer, I realized that these deputies were all attempting to open a car that someone had accidently locked themselves out of. That’s right, four units dispatched on a Friday afternoon, all to help someone open their car in the Save-A-Lot parking lot.

I don’t think you’ll see this happening in Miami or Atlanta or any other larger city.

The Save-a-Lot is located in Bronson, our county seat (population 1133). The two largest cities in our county are Williston (population 2718) and Chiefland (population 2169). In the past several weeks BLM protests were held in each of these three cities. Some of those protests, perhaps all of them, were organized by folks not living in our county.

Additionally on Saturday there was what was billed as a “Party/Protest” held in East Williston (predominately black) to protest against what was called “inequitable narratives” about the black community by the press and by the sheriff’s department. That protest started at 10pm; participants were asked to leave guns and drugs at home. At least six people were shot (none of them were from Levy County). There were over 700 attendees (many, if not most of them, from outside our county). That protest was also organized by someone not living in our county.

If we do nothing, carpetbaggers, scalawags, BLM, Antifa, and other outside agitators will change the character of our rural communities forever. We have to demand that we be left alone to live our lives as we have chosen. Our President, Jefferson Davis, had the right idea. 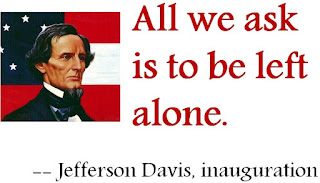 A final note, the problem is not really with the black residents of Levy County, but with outside agitators. In fact I have a black neighbor that I would certainly not trade for any random white resident of the county.

What we don’t need in Levy County, or in other rural Southern counties, are meddling yankees intent on conforming us to their distorted views of reality and fashioning us into their own perverted images.

TRUST GOD!
STAY IN THE FIGHT!
NEVER GIVE UP!
NEVER QUIT!
CLICK HERE to view a PDF of our weekly paper, Just for Your Consideration.

CLICK HERE to be added to our email list.
Posted by Greg Wilson at 2:33 AM No comments: