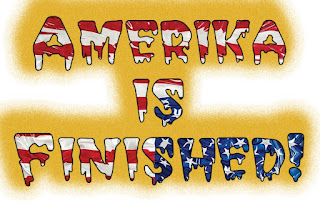 amerika is FINISHED! I offer just one brief, but nauseating and indisputable example.

On February 22, 1884 the magnificent statue to the Christian warrior, General Robert E. Lee was dedicated at Lee Circle in New Orleans, Louisiana. 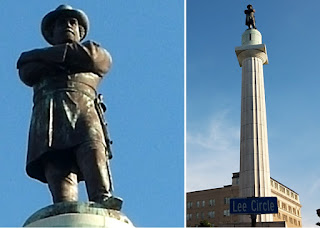 Approximately 130 years later on May 19, 2017 it was removed at the order of evil, godless, and tyrannical politicians. 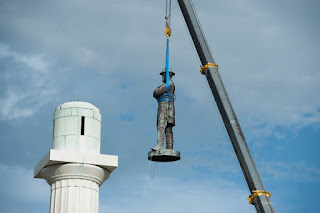 On January 22, 2022 the demonic monstrosity pictured below was erected in its place. 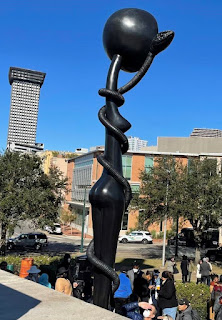 I rest my case!

Rest assured, God will not be mocked!

Revelation 18:4-6
And I heard another voice from heaven, saying, Come out of her, my people, that ye be not partakers of her sins, and that ye receive not of her plagues.  (5)  For her sins have reached unto heaven, and God hath remembered her iniquities.  (6)  Reward her even as she rewarded you, and double unto her double according to her works: in the cup which she hath filled fill to her double.

Separate from the evil empire! 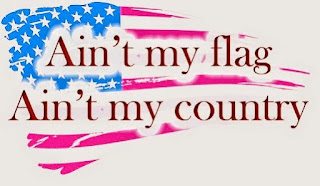 Deo Vindice!
TRUST GOD!
STAY IN THE FIGHT!
NEVER GIVE UP!
NEVER QUIT!
CLICK HERE to view a PDF of our weekly paper, Just for Your Consideration.
CLICK HERE to be added to our email list.
Posted by Greg Wilson at 5:36 AM No comments:

Are Big Achievements Really Being Made by Florida’s Neo-Con Governor?

Most of the points addressed put the most positive spins on actions that were far less than what should and could have been. I suppose that we true Floridians -- we true Southerners -- we true conservatives -- are supposed to be content with the crumbs that fall from the tables of our benevolent rulers. 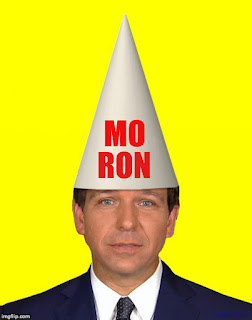 (Mo)Ron DeSantis could be the very best governor in amerika, but that’s not saying much. He still falls far short. He remains a politician, a narcissist, a self-server, and a dirty rotten compromiser. He remains a vaccine pusher and a money grabbing petty tyrant. I’m not saying that I would trade him for any of the other petty tyrants, but I would trade him for a true Southern statesman.

If we continue to be content with “settling” for the lesser of two evils, we will continue to lose ground to collectivism, marxism, and yankeeism. 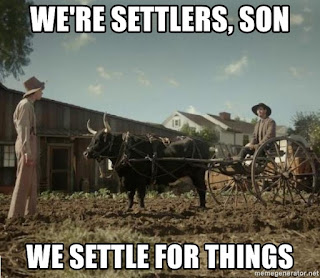 For the moment I will just consider the first supposed achievement listed in the Newsmax article:

1. Florida No. 1 in Migration, Population Growth

Florida was the top state in the country for population growth through migration, both foreign and domestic.

Census Bureau data showed 220,890 people moved to Florida from other states, Washington, D.C, or Puerto Rico, making it the nation's top destination for domestic migration. The Sunshine State's population also added 38,590 immigrants, the most in the nation.

(Mo)Ron DeSantis has managed to further erode what was left of the Southern character of Florida and has promoted yankee and foreign Neo-Conservativism with all this unlimited immigration to our fair state.

Because of this and because of the brainwashing of our own youth in the government’s schools, the goals of the Reconstruction period are finally being fully realized in Florida, and the other Southern states. 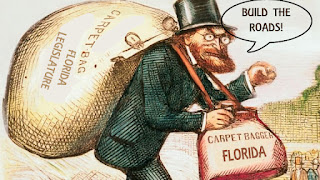 We worship Lincoln and his mercantilistic (fascist) party.

We wrap ourselves in the striped rag of the evil amerikan empire.

We send our sons and daughters to “serve” in the empire’s immoral and tyranny enforcing military.

Every inch of undeveloped land still in its natural state is being clear-cut and raped to make room for more developments to house more yankees and more foreigners.

My own rural county is slated to be sliced in half to make room for a new limited-access highway to facilitate the travel of all these new invaders.

And we are supposed to count this as a “big achievement” and rejoice in the influx of new “conservatively minded” people from around the globe. 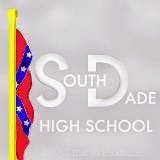 Does DeSantis desire to see any of these things restored? What about these new residents of Florida? These people [including (Mo)Ron DeSantis] are not like us. Most of them have no desire to be like us. Most of them will NEVER truly acclimate; rather they will attempt to transplant the hell-holes they came from to our Florida landscape.

So excuse me while I refrain from applauding and refuse to be an accomplice to the rape of my native state.

Posted by Greg Wilson at 4:53 AM No comments: