Tyranny: It’s for Your Own Good!

Of recent days I have had occasion to reflect often upon the words of the author C. S. Lewis:

“Of all tyrannies, a tyranny sincerely exercised for the good of its victims may be the most oppressive. It would be better to live under robber barons than under omnipotent moral busybodies. The robber baron's cruelty may sometimes sleep, his cupidity may at some point be satiated; but those who torment us for our own good will torment us without end for they do so with the approval of their own conscience. . . . To be ‘cured’ against one's will and cured of states which we may not regard as disease is to be put on a level of those who have not yet reached the age of reason or those who never will; to be classed with infants, imbeciles, and domestic animals.” ― Taken from “God in the Dock: Essays on Theology” 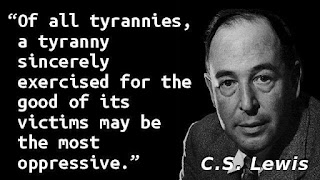 As I behold the unrestrained growth of tyranny and socialism in reaction to the supposed pandemic of Covid-19, I begin to despair for my fellow Christians and Southerners. Many seem to deeply believe that if these things are done by their hero, Donald J. Trump, they are no longer tyranny or socialism. 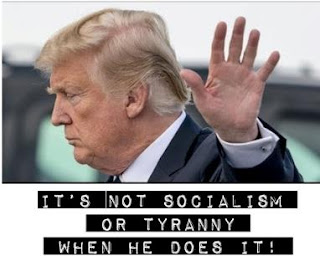 Tyrannical control over individuals, businesses and churches is being exerted beginning with Donald “Adolph” Trump and extending to the governor of Florida, Ron “Benito” DeSantis (and probably to your governor as well). Local governments are not to be outdone. The county adjacent to my own, Alachua County, has just issued an order to “Stay at Home and Close All Non-essential Businesses.” Guess who decides what a non-essential business is, certainly not the owner or his customers.

In response to their crashing of the Amerikan economy, politicians now intend to create trillions of dollars out of thin air and mail everyone a government check. Really, what more could they do to totally wreck the already teetering economy?

In the history of mankind there has never been a crisis that could not be made worse by the intervention of government.

Perhaps there is cause for some people to take additional precautions and to restrict their interactions. That’s fine, but that should be up to them and not imposed by a one-size fits all government “solution.”

Closing businesses by edict; ordering citizens to stay home; locking down entire cities, or states, or countries are overt acts of tyranny. Indeed, it was not long ago that the phrase “lock down” was applied almost exclusively to prisons. How appropriate is that terminology, as now we are all prisoners of big government.

If government thinks that our rights can be overturned in a crisis that means government does not recognize the existence of those rights at all.

If you continue to trust in Trump and the Socialist-Republicans, I’m inclined to say that you deserve exactly whatever is coming your way. But I don’t actually wish that on anyone and I don’t think anyone deserves that. I would rather pray that you awake up and stand. 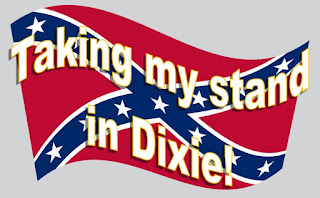 I suspect that we are too far gone to restore even a semblance of liberty in the U.S. But at least we can go down swinging.  And perhaps, just perhaps, if God wills, we can actually build upon the ruins of what will be left of Amerika.

Putting the Covid-19 Scare in a Christian and Southern Perspective

One of our members sent me an inspiring email yesterday addressing the Covid-19 panic. I think it might prove to be a blessing to y’all. It has been slightly modified to maintain the privacy of the sender and of those to whom he refers:

My daughter is on her way here for her wedding and should arrive this evening, Lord willing. My son and his gal plan to fly in on Friday and I'm just hoping the planes are still flying by then. If not, they'll drive down but won't get here until the day of the wedding.

I'm dismayed by the panic this country is exhibiting over the Coronavirus. I truly believe the average person is softer and more cowardly than our ancestors and I am, too, to some extent. But I'm not altering anything I do because of this virus. I've always washed my hands with soap regularly and I'll keep some vinegar around. In fact, earlier this week I felt another cold coming on so I dashed to the house and gargled with vinegar. It tore me up bad. Later that night my throat felt even worse so I gargled with more vinegar. When I went to bed my throat felt like it had been sanded raw, but when I woke up the next morning I was fine.

Last night a group chat that I’m a member of was inspiring. Some of the ladies were talking about the Coronavirus. I told them I didn't mean to sound flippant about the disease, but to paraphrase what Stonewall Jackson said, God has already determined the time and place of my death so I will not concern myself about that. I will instead endeavor to be ready whenever He should call me home. I added that even this virus comes by His hand and it will only do what He has planned. The ladies agreed with me and one said we can trust God. 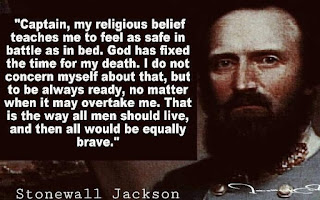 Afterward, I got to thinking about the calmness of the ladies and their faith in God. I believe that part of the mass hysteria we're seeing is because most people have no God-given faith. They've been brainwashed to trust in the government as the supreme authority and caretaker, and now that same government doesn't have an answer.

I'm reminded of what Franklin Sanders' late wife said when she saw the "nice government men," that they wouldn't be at their front door if God hadn't sent them. The same can be said of this disease. It's here because He sent it, and perhaps it will serve as a wake-up call that Americans should not be so dependent on other countries for manufactured goods, or on the schools to feed our children two meals a day. While the schools are closed, a few responsible parents will take the opportunity to homeschool their children and this might prove beneficial in the long run. 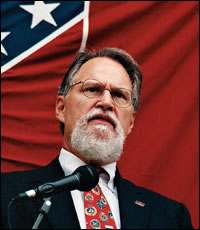 NOTE: The mild-mannered family man, preacher, and precious metals dealer, Franklin Sanders, has been called: “The Most Dangerous Man in the Mid-South.”

You can read of his fascinating and inspiring experiences with the Empire’s goons here:

By the Grace of God, let us all so stand!

CLICK HERE to be added to our email list.
Posted by Greg Wilson at 4:03 AM No comments: 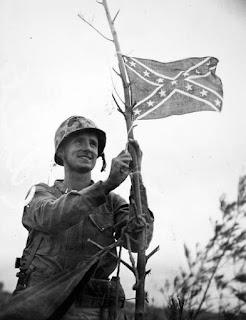 Because of my views concerning the evil Amerikan Empire and its immoral, illegal, and unconstitutional foreign adventures, someone recently told me: “You are a disgrace to the uniform you supposedly wore.” I expressed my gratitude to that individual for his thoughts, though I think he actually had it reversed. That uniform is a disgrace to all who wear it. It has been thus for a very long time now. At one time I ignorantly and willingly wore that uniform. I thought that I did my country service. In reality I only served the Military Industrial Complex. [FYI: For what it’s worth, I served the Empire as an infantry and intelligence officer for eight years (1972-1980), and resigned my commission as a captain.] 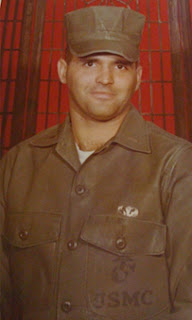 The disgrace of that uniform was compounded recently when the Commandant of the Marine Corps ordered the removal of all Confederate flags, bumper stickers and other similar items from all Marine Corps installations. 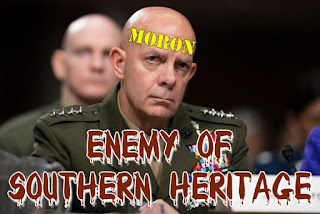 If I had it to do over again, I never would have worn the uniform of the Amerikan Empire. And I strongly urge all Christians and all Southerners to avoid from doing so now at all costs. The Empire is happy to use you and your children as cannon fodder, but it hates your culture, your heritage, your flag, and ultimately you. 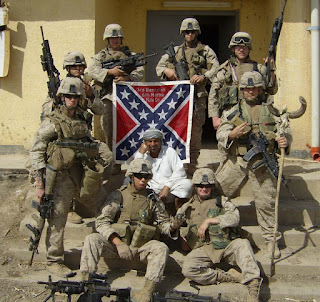 Finally, I’ve got a suggestion for Commandant Berger. Perhaps he would like to come and personally take down this flag. 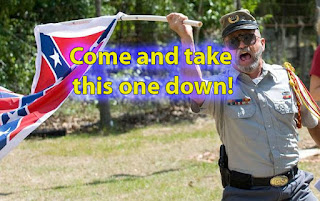 Posted by Greg Wilson at 3:09 AM No comments: