What will you do when comes the inevitable gun ban?

A friend recently suggested that I read a blog entitled: “Preparing for the Inevitable American Gun Ban.”*

I found the first part of that three part article to be in accord with what I have thought and anticipated for some time now.

The author says: “A full gun ban in the United States is inevitable. Any honest reading of the cultural, legal, and demographic trends in the United States will confirm this thesis– the right of the people to keep and bear arms shall be infringed, and we will lose our firearms.” 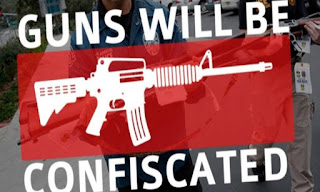 He goes on to note several things that make a gun ban inevitable. Amongst them: a permanently changing culture, the loss of a Biblical world view in America, secularization and multiculturalization of our values, a post-Constitutional legal environment, changing demographics via immigration, etc.

In part three of the article the author concludes: “Our nation and our people have changed, and our laws will follow. Human nature will not change. It is my belief that our future will be defined by the heavy hand of government. Scripture teaches that a centralized, oppressive regime will rule mankind in the last days. . . . One day we will be declared enemies of the state and will be prosecuted and persecuted to the point of death. The only defense against this inevitability is an armed populous.”

I think he is on the mark as far as that goes; however, in the second and third parts of the article he deals with how to avoid the registration and confiscation of at least SOME of your weapons by obfuscation, clever ploys, burial, etc. My response is: Why hide? (even if we assume that such is a workable alternative).

If registration is demanded, simply REFUSE to comply. Civil disobedience is the appropriate response until actual confiscation is undertaken.

I believe if we attempt to hide all or a part of what we possess we will have already admitted defeat. Once we resort to cowering to anti-liberty governmental edicts, we will only grow progressively weaker over time. If actual confiscation begins, that will be the time for active resistance. Waiting and hiding will only lead to ultimately doing nothing at all. It will lead to a continual hiding and cowering and inaction. It will lead to a piecemeal surrender.

Once confiscation actually commences, those ordering it and those actually undertaking it will have proven themselves to be the enemies of liberty and of a God-fearing and peaceful populace. They should thenceforth be treated enemies. They will have initiated an act of war. They will have commenced what should develop into “Fourth-Generation Warfare.” 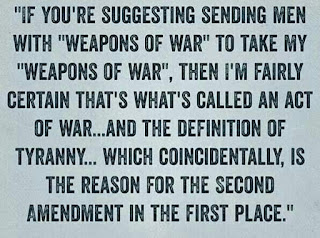 That means that there can be no “safe spaces” for our enemies. They should not be able to go home in peace after a day of confiscation and tyranny. The alternative to commencing Fourth-Generation Warfare is to acquiesce and silently go into the dark night of despotism for ourselves and our posterity.

This is something we must give some serious consideration. Right now, before the crisis is actually upon us.

What are you prepared to do to preserve liberty for yourself, your children, and your grandchildren? You need to know the answer to that question now. Will you follow in the footsteps of our Revolutionary and Confederate forebears, or will you surrender all to a Godless and tyrannical government? Will you consign yourselves and your progeny to lives of craven slavery, or will you act the part of a man, and stand and fight?

The time may be very short. One recent example of what is surely coming our way may be found in the words of Daryl Fisher, who is the Law Enforcement Training Director for Asheville Buncombe Technical Community College. Fisher is currently running to be the Sheriff of Buncombe County, NC. During a campaign speech he asserted:

“You’ve heard people say ‘You’ll have to pry my guns from my cold dead hands’ . . . . OK, he grinned and shrugged to delighted laughter and applause of the Bloomberg Moms.” 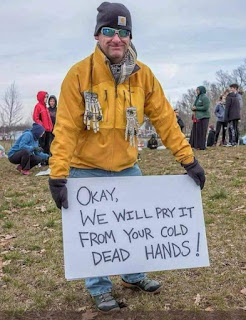 Yes, you need to realize that when “they” come for your guns -- “they” will be your local “law enforcement” and they will have made themselves your mortal enemies. What will you do? Now is the time to determine that -- now, before you are faced with that fateful decision. 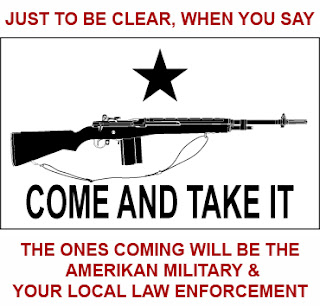 I believe I know what our forebears would do:

“Is life so dear, or peace so sweet, as to be purchased at the price of chains and slavery? Forbid it, Almighty God! I know not what course others may take; but as for me, give me liberty or give me death!” – Patrick Henry 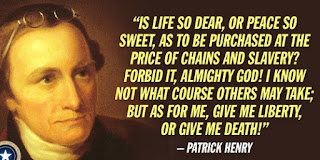