Vote for the Clown of Your Choice

They want you to think that you have to vote for one of the clowns. BUT YOU DON”T! 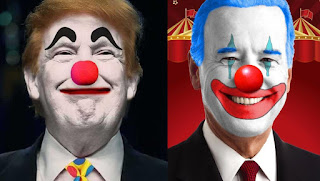 Stay home and maintain your integrity. Don’t defile yourself by participating in the yankee elections.
Don’t get all worked up about who will be the next president. At the core both candidates are crony capitalists, fascists, and socialists. At the very best there are only very small differences of degree. As George Wallace noted back in 1966, “There’s not a dime's worth of difference between the Democrat and Republican parties.” That statement is still true today, and a dime ain’t worth nearly what it was in Wallace’s time. 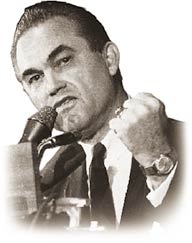 Both candidates support big government and unconstitutional federal intrusion into your states and into your private lives. They both seek to maintain and advance the federal tyranny.
But, they say, the Supreme Court! Yeah, explain to me how Republican appointments to the Supreme Court have restored liberty in Amerika. Abortion continues unabated. Trump banned bump stocks and supported unconstitutional “Red Flag” laws, etc.
How have presidents from the party of Lincoln advanced liberty in Amerika? Or GOP majorities in the House or Senate?
Folks get all worked up. They elect Republican majorities and presidents. And what may I ask has changed? Can you tell me even one thing? What has gotten better? How has the cause of liberty been advanced? Have we not waxed worse and worse?
Some folks tell me that if I don’t vote I have no right to complain. In fact, the very opposite is the truth. If you vote, you have no right to complain. If you vote, you have given your consent to the corrupt system. If you vote you have agreed to abide by the results and they are never good, even if your man wins. 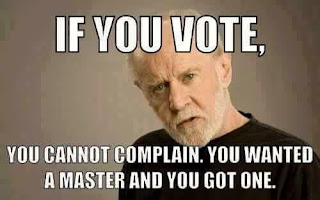 Let me say very clearly, I DO NOT CONSENT! I have seceded in my own mind and heart from this illegitimate Amerikan Empire. I will continue to encourage others to do so. I will work at building our small cadre of freedom lovers. I will do what I can to construct an alternate community that seeks to separate itself from the current regime. 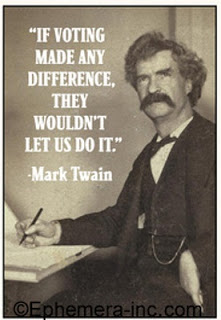 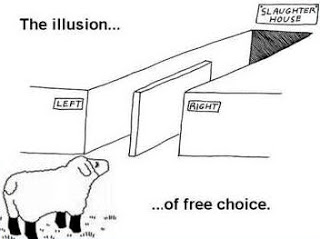 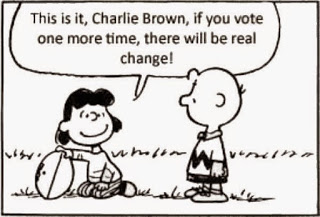 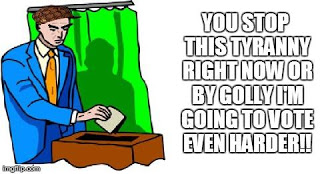 This I know, my Sovereign Lord reigns. Nothing catches Him by surprise. Indeed, He has ordained it all for His own glory and for the good of His chosen people. It is not my job to understand. It is my job to trust and obey.

Deo Vindice!
TRUST GOD!
STAY IN THE FIGHT!
NEVER GIVE UP!
NEVER QUIT!
CLICK HERE to view a PDF of our weekly paper, Just for Your Consideration.
CLICK HERE to be added to our email list.
Posted by Greg Wilson at 3:02 AM