America is no longer free

America is no longer free and it has not been free in the lifetime of any of us, or of our parents, or of our grandparents. 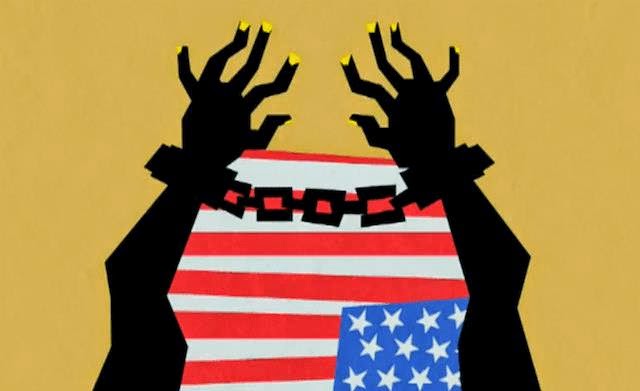 In 1860 and 1861 several states attempted to leave the “Union” and form governments of their own.
They were following the example of their own forefathers, who had left the British “Union” and formed their own governments pursuant to the words of the Declaration of Independence:
We hold these truths to be self-evident, that all men are created equal, that they are endowed by their Creator with certain unalienable Rights, that among these are Life, Liberty and the pursuit of Happiness.--That to secure these rights, Governments are instituted among Men, deriving their just powers from the consent of the governed, --That whenever any Form of Government becomes destructive of these ends, it is the Right of the People to alter or to abolish it, and to institute new Government, laying its foundation on such principles and organizing its powers in such form, as to them shall seem most likely to effect their Safety and Happiness.
Those states were invaded by forces of the Central Government and eventually forced, at the point of a bayonet, to return to that “Union” they had attempted to separate themselves from. Since that time, no american has truly been free.
Example 2:
During the invasion of the Sovereign States of the South the criminal government in Washington, DC, instituted an income tax to pay for their immoral and illegal war. Though the income tax was eventually repealed, it became a permanent fixture with the passage of the 16th Amendment to the US Constitution in 1913.
Since that time no american has had control over his own property or the wages or profits that he has earned. Since that time no american has had any right to privacy in the matter of his own financial dealings, but has been required to report all such dealings to the central government. Since that time, no american has truly been free.
Example 3:
In 1934 the National Firearms Act was passed taxing certain firearms (including automatic weapons, short-barreled shotguns and rifles, silencers, etc.). All purchasers of such weapons were also required to submit paperwork to the Department of the Treasury. Since that time, no american has truly been free.
Other Federal firearms legislation has followed imposing more restrictions, more taxes and more paperwork. (1938, 1968, 1972, 1986, 1990, 1994, etc.) Since this time, no american has truly been free.
Now one must fill out intrusive paperwork to purchase a firearm from any retail outlet. Since this time, no american has truly been free.
Example 4:
Since 1994 it has been against Federal law to install a toilet in your own home that utilizes more than 1.6 gallons of water per flush. AGAINST FEDERAL LAW!
I realize that is example may appear to be somewhat frivolous, but it demonstrates the extent to which our rights have been restricted by a pervasive feral federal government.
Since this time, no american has been truly free.
Example 5:
In spite of the natural and God-given right to free speech, recent court decisions have allowed for the imposition of “free speech zones” to allow subjects of the US to exercise their supposed “First Amendment rights.”
This in spite of the fact that the Amendment specifically states that no law shall made concerning that right and that it shall not be prohibited or abridged. At one time, all of America was a free speech zone, now the government ropes off restrictive and isolated spots in which you may exercise this “right.”
A “right” that government can restrict is not a right at all -- it is merely a privilege granted at the whim of our rulers.
Simply stated, if you have to ask for permission, it is NOT a right!
I’ve touched on just a few assorted items; any thinking person can add hundreds, if not thousands of their own.
Don’t fool yourself. You are not an American Citizen; you are a subject of the Amerikan Empire.
It’s time to stand up and say NO! 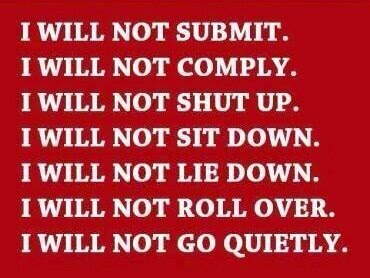 I WILL NOT “SERVE” IN THE EMPIRE’S ARMED FORCES.

I WILL NOT ALLOW MYSELF TO BE USED TO IMPOSE THE EMPIRE’S UNGODLY DEMANDS UPON MY FELLOW MAN.
As asserted by my 18th  Century Baptist forefathers:
“Resistance to Tyrants is Obedience to God”
Free Florida First advocates for a Free, Independent, Godly, Prosperous, and Traditionally Southern Florida.