To my reckoning there is only ONE WAY by which the complete and utter destruction of the United States can be avoided, and that is by the Sovereign States exerting their prerogatives.

Several states have shown small glimmers of hope as movements are underway to overturn federal laws by exercising the Doctrine of Nullification.

Nullification recognizes that the Constitution is a compact of the states and that those states have the FINAL say on the constitutionality of any law. If a Sovereign State determines that a law is outside of the Constitution that State has the right to nullify that law within its own borders.

Several of those who are acknowledged as the “Founding Fathers” were strong advocates of this right, including Thomas Jefferson, the author of the Declaration of Independence and James Madison, who is known as the “Father of Constitution.” 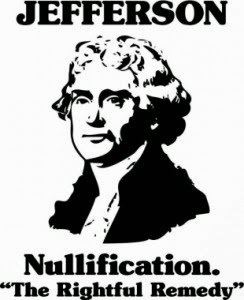 Several states have already moved or are moving to exercise this right in the areas of Gun Rights, Immigration law, Obamacare, etc.

But here’s the rub. In almost every case state lawmakers are speculating as to whether the Federal Courts will rule this nullification as unconstitutional, supposedly leaving those states without further recourse.

But here is the very obvious, though ignored truth: It does not matter what the Federal courts rule. Nullification recognizes the states as the FINAL AUTHORITY. The Federal Courts have no legitimate say in this matter. That is the "elephant in the room" that I have yet to hear any state legislator acknowledge.

Can we find any true statesmen within our states willing to stand up to the District of Corruption and simply say: NO!

I seriously doubt it. And if we cannot find such men we are simply doomed as a nation. 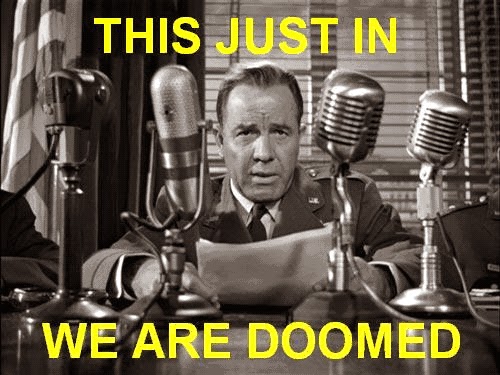 But there’s good news! God is still on His throne and He is working His perfect will in ALL THINGS!

(Eph 1:11)  In whom also we have obtained an inheritance, being predestinated according to the purpose of him who worketh all things after the counsel of his own will:

Whatever evil befalls Amerika, that too is the outworking of God’s Sovereign Will. Don't think for a single second that God needs America to accomplish His perfect will.

(Amos 3:6)  Shall a trumpet be blown in the city, and the people not be afraid? shall there be evil in a city, and the LORD hath not done it?

In this coming year, ours is to TRUST HIM and to undertake to do His will, as revealed in the Scriptures.

We may be confident that He is working it all out for the ultimate good of His people.

(Rom 8:28)  And we know that all things work together for good to them that love God, to them who are the called according to his purpose.

So let us keep our hands to the plow and continue on until the Lord determines to call us home.