A Rebel and a Traitor

This past week I have been called both a rebel and a traitor, and more than once.  It is hardly the first time either. One particular carpetbagging yankee claims that my ancestors were attempting to destroy the land in which I now live and wonders why I continue to live in the land of my oppressor. 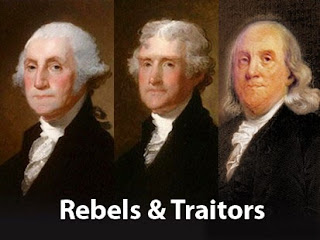 In reality my ancestors were simply fighting for the right of self-determination. My Confederate ancestors occupied the same position occupied by my Revolutionary war ancestors. King George III of England called the American Patriots both rebels and traitors. I am proud to be associated with them and with my Confederate ancestors, though I do not count myself worthy of such men. 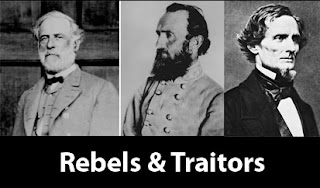 One of the oft quoted phrases of my Baptist ancestors was: “Rebellion to tyrants is obedience to God.” So I count it a privilege to be considered a “rebel” by our present day tyrants and by their apologists. A more contemporary advocate of liberty has said: “There is just as much nobility in being despised by the despicable as in being admired by the admirable” (Kurt Hoffman). There is much wisdom in those words. A man is perhaps better known by those who make themselves his enemies than by those who claim to be his friends.

Today we live in a land occupied by our invaders. We have been forced into a "union" at the point of a bayonet. Why should any Southerner have any affection for such a damnable union?

This land does not belong to the oppressor. It is MY land. My ancestors bravely fought to defend it from the yankee invaders. My ancestors were not trying to destroy the Southern land, they were doing all within their power to preserve it for their posterity.

Our President, Jefferson Davis, said: “All we ask is to be left alone.” But alas, this is something which the meddling yankee is incapable of doing. He cannot leave anyone alone until that “other” has been conformed to his own perverted image.

Some words of an old poem echo in my mind:

“REBELS! ’tis a holy name! The name our fathers bore . . . Yet, freemen born and freemen bred, We’d rather live as freemen dead, Than live in slavish fear. . . Call us rebels, if you will — We glory in the name; For bending under unjust laws, And swearing faith to an unjust cause, We count a greater shame.”
[The poem was written in 1861 by an unknown citizen of Baltimore. I have reproduced it below in its entirety.]

So, let us pick up the banners and the struggle of our forebears. Perhaps God shall be pleased to restore true liberty to our occupied Southern land. May we all henceforth be counted as rebels and traitors by the illegitimate regime!

REBELS! ’tis a holy name!
The name our fathers bore
When battling in the cause of Right,
Against the tyrant in his might,
In the dark days of yore.

Rebels! ’tis our family name!
Our father, Washington,
Was the arch-rebel in the fight,
And gave the name to us—a right
Of father unto son.

Rebels! ’tis our given name!
Our mother, Liberty,
Received the title with her fame,
In days of grief, of fear, and shame,
When at her breast were we.

Rebels! ’tis our sealèd name!
A baptism of blood!
The war—ay, and the din of strife—
The fearful contest, life for life—
The mingled crimson flood.

Rebels! ’tis a patriot’s name!
In struggles it was given;
We bore it then when tyrants raved,
And through their curses ’twas engraved
On the doomsday-book of heaven.

Rebels! ’tis our fighting name!
For peace rules o’er the land
Until they speak of craven woe,
Until our rights receive a blow
From foe’s or brother’s hand.

Rebels! ’tis our dying name!
For although life is dear,
Yet, freemen born and freemen bred,
We’d rather live as freemen dead,
Than live in slavish fear.

Then call us rebels, if you will—
We glory in the name;
For bending under unjust laws,
And swearing faith to an unjust cause,
We count a greater shame. 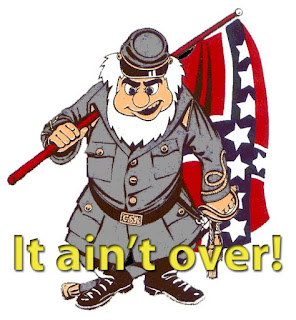