Over the next year we can expect the noise surrounding national politics to rise to a blaring crescendo.

[Politics] is but a walking shadow, a poor player that struts and frets his hour upon the stage and then is heard no more: it is a tale told by an idiot, full of sound and fury, signifying nothing. 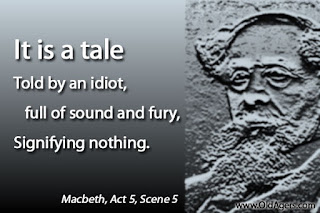 Can any sentient being still believe that choosing the lesser of two evils between the two established political parties means anything at all? 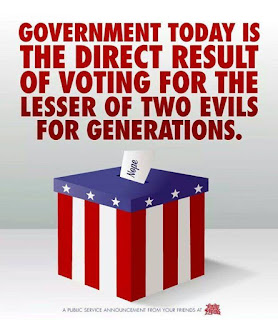 What was gained by voting the Republicans into power in the House and the Senate? The painfully obvious answer is, NOTHING, NOTHING AT ALL! 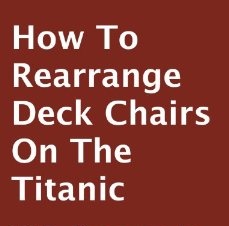 VOTE THE BUMS OUT! VOTE THE NEW BUMS IN! 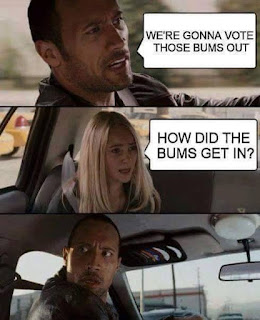 The oligarchs in the Republican party and oligarchs in the Democratic party are ALL ON THE SAME TEAM! They have precisely the same goals -- to keep you and me in the dark and to keep us as unthinking and submissive pawns in their empire.

We can make NO DIFFERENCE AT ALL by installing a new emperor over the DC empire.

Save your time, your energy and your emotions and concentrate yourself on yourself, on your family, on your local church and on your community. You have some prospect of success there.

Start to develop your own community and culture and withdraw yourself from the evil empire in every way possible. 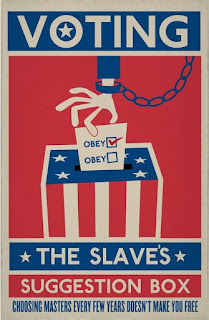 I know that I’ve address this matter before, and I’ll probably be writing about it some more as November 2016 approaches. Free yourself from their system! Do NOT CONSENT! Do NOT PARTICIPATE! 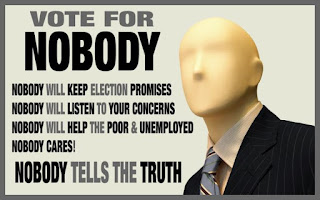 Start concentrating on the things that matter. Start spending your time on more productive undertakings than national politics.

Secede in your own heart and mind and then educate others. 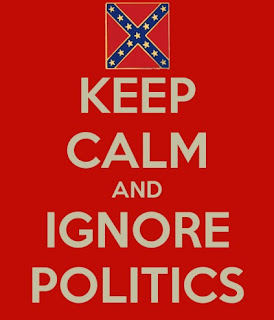