Is Remembering God’s Faithfulness to Our Ancestors Idolatry? 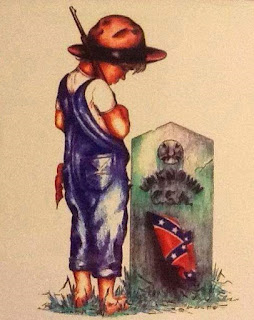 As I thought of the charges raised against us, my thoughts turned to my Baptist forebears and the prominent places they took in both the First and Second Wars of Independence.

Also came to mind the actions of Samuel as related in 1 Samuel 7.

1Sa 7:10-14  And as Samuel was offering up the burnt offering, the Philistines drew near to battle against Israel: but the LORD thundered with a great thunder on that day upon the Philistines, and discomfited them; and they were smitten before Israel.  (11)  And the men of Israel went out of Mizpeh, and pursued the Philistines, and smote them, until they came under Bethcar.  (12)  Then Samuel took a stone, and set it between Mizpeh and Shen, and called the name of it Ebenezer, saying, Hitherto hath the LORD helped us.  (13)  So the Philistines were subdued, and they came no more into the coast of Israel: and the hand of the LORD was against the Philistines all the days of Samuel.  (14)  And the cities which the Philistines had taken from Israel were restored to Israel, from Ekron even unto Gath; and the coasts thereof did Israel deliver out of the hands of the Philistines. And there was peace between Israel and the Amorites.

Was Samuel committing idolatry in placing a stone of remembrance amongst the Children of Israel, so that they might remember and reflect upon the faithfulness of their God?

Was Joshua guilty of idolatry when he set a stone monument on the banks of the Jordan that future generations might ask and learn of God’s deliverance and faithfulness?

Jos 4:1-7
And it came to pass, when all the people were clean passed over Jordan, that the LORD spake unto Joshua, saying,  (2)  Take you twelve men out of the people, out of every tribe a man,  (3)  And command ye them, saying, Take you hence out of the midst of Jordan, out of the place where the priests' feet stood firm, twelve stones, and ye shall carry them over with you, and leave them in the lodging place, where ye shall lodge this night.  (4)  Then Joshua called the twelve men, whom he had prepared of the children of Israel, out of every tribe a man:  (5)  And Joshua said unto them, Pass over before the ark of the LORD your God into the midst of Jordan, and take ye up every man of you a stone upon his shoulder, according unto the number of the tribes of the children of Israel:  (6)  That this may be a sign among you, that when your children ask their fathers in time to come, saying, What mean ye by these stones?  (7)  Then ye shall answer them, That the waters of Jordan were cut off before the ark of the covenant of the LORD; when it passed over Jordan, the waters of Jordan were cut off: and these stones shall be for a memorial unto the children of Israel for ever.

Were the Children of Israel committing idolatry when they aligned themselves under the banners of their own families and tribes and kin?

Num 2:2  Every man of the children of Israel shall pitch by his own standard, with the ensign of their father's house: far off about the tabernacle of the congregation shall they pitch.

Yes, we honor the banners of our father’s houses: in particular the Confederate Battle Flag . . . a true Christian Flag . . . the Andrew’s Cross . . . representative of the Lord’s first apostle.

I don’t want to get too far afield, but I believe that the US flag, the so-called Christian Flag, and the UN flag will all be employed by the future Anti-Christ . . . HOWEVER, there is NOT A CHANCE that these evil one-world forces will embrace the Saint Andrew’s Cross of the CONFEDERATE BATTLE FLAG. Indeed, that flag is already rejected by existing Anti-Christ “Western” governments.

As for gun rights and liberty, did not our Lord say:

Luk 22:36Then said he unto them, But now, he that hath a purse, let him take it, and likewise his scrip: and he that hath no sword, let him sell his garment, and buy one.

Luk 11:21  When a strong man armed keepeth his palace, his goods are in peace: 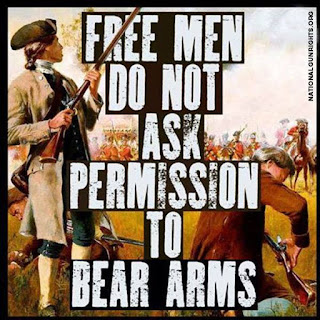 Are we not called upon to defend and protect our own?

1Ti_5:8  But if any provide not for his own, and specially for those of his own house, he hath denied the faith, and is worse than an infidel.

Are we not called upon to stand up to wickedness and not to fall down before it?

Pro 25:26
A righteous man falling down before the wicked is as a troubled fountain, and a corrupt spring.

Are we not called upon to defend the weak and the helpless?

Psa 82:3-4  Defend the poor and fatherless: do justice to the afflicted and needy.  (4)  Deliver the poor and needy: rid them out of the hand of the wicked.

A favorite saying of my Baptist forefathers in the First War for American Independence was:

Resistance to tyranny is obedience to God.

So, yes, we stand with our Baptist forefathers who took prominent roles in first and second wars for independence and liberty. We are willing to take our places in the third one as well, should that be necessary.

Last Sunday, for Confederate Memorial Day, I preached a sermon from Confederate Chaplain JJD Renfroe, a Sovereign Grace, Landmark Baptist (as is our little congregation here in Archer, FL). In the course of his sermon, Brother Renfroe stated the following:

Do I hear you say that your mothers and sisters, wives and children, have been insulted and imprisoned, wronged and oppressed, or threatened with these evils? Then hear the stirring words of God’s, holy prophet: “Be not ye afraid of them; remember the Lord, which is great and terrible, and fight for your brethren, your sons, and your daughters, your wives, and your houses.” Here is patriotism, and here is religion! And he, in the South, who does not sympathize with the spirit of this passage, is the enemy of God and his own posterity! 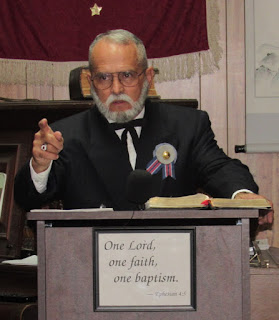 By the Grace of God we align ourselves with our Baptist and Southern forefathers; we take up their Bibles, their banners, and their Cause.

As Nehemiah instructed his workmen:

Neh 4:14  And I looked, and rose up, and said unto the nobles, and to the rulers, and to the rest of the people, Be not ye afraid of them: remember the Lord, which is great and terrible, and fight for your brethren, your sons, and your daughters, your wives, and your houses.

So too are we, with the help of God, prepared to fight for our brethren, for our sons, for our daughters, for our wives, and four our houses.

All the while realizing that, as with the case with Queen Esther, we are no doubt come to the kingdom for a time such as this. By the Grace of God, we will do our duty to God and to our own.

We realize that true liberty is only found in Jesus Christ:

2 Co_3:17 Now the Lord is that Spirit: and where the Spirit of the Lord is, there is liberty.

Joh_8:36  If the Son therefore shall make you free, ye shall be free indeed.

We seek to honor and stand with those who went before us, to protect what God has placed within our care and yet all the while realizing that there is yet more . . . much more . . . our final rest is not to be found in this old sinful world.

Heb 11:10  For he looked for a city which hath foundations, whose builder and maker is God.

But we must do our duty while the Lord is pleased to keep us here. 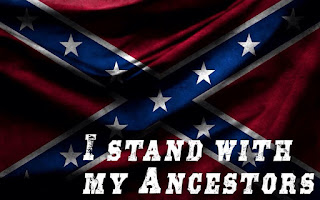 I also addressed this issue from the pulpit. You might find that sermon of interest as well. It is linked below:
http://libcfl.org/sermons/050116_1.mp3