Could I Be a Libertarian?

Am I a libertarian?

I honestly don’t know the answer to that question. If you refer to the Libertarian political party, I know that I’m not one of them. I mean look at the clowns they have running for the presidency and the vice-presidency. Both are former Republican governors. Both are unmitigated statists.

More importantly, Johnson supports what he calls “a woman’s right” to abort her unborn baby. If murdering the unborn is Libertarianism, I know that I’m not that either. 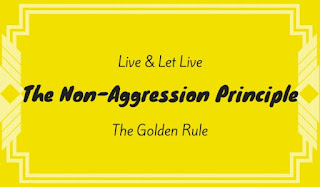 Some claim that TRUE libertarianism is the consistent practice of the “Non-Aggression Principle” (NAP). I suppose one might write a volume in complete explanation of that principle, however, it is often boiled down to this:

(3) By implication, violence is ONLY justified in defense of people or of property. And it is sometimes necessary because man is a fallen creature and evil DOES exist.

Before there was “libertarianism,” the Lord said it like this:

Therefore all things whatsoever ye would that men should do to you, do ye even so to them: for this is the law and the prophets. -- Matthew 7:12

Men are indeed fallen creatures. We must be prepared to offer sudden and overwhelming violence to those who would hurt us or others, or who would take the property of others.

But let me ask this -- What entity is it that is most likely to hurt people and to take their stuff?

Did you answer “the Federal Government,” then you may go to the head of the class. Only individuals and small accountable societies can hope to practice anything approximating the Golden Rule or the Non-Aggression Principle.
The Great Federal Titan is the enemy of the people, of their property and of peace.

Stop giving Babylon on the Potomac your blind allegiance. Start working for its collapse. Stop participating in its sham elections, where you are allowed to choose your new masters, who will then hurt you and take your stuff. Stop serving as its henchmen (military and police) who actually accomplish the violence and the theft.

All victimless “crimes” are illegitimate threats of violence. 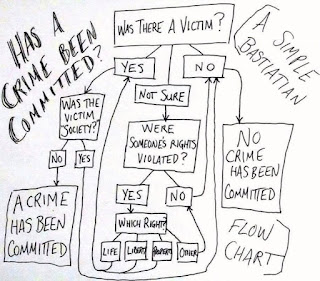 All taxation is theft. 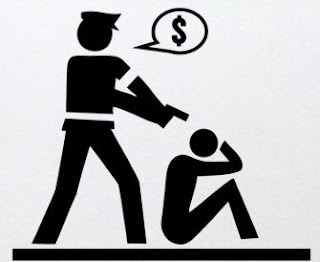 Why not try independence and liberty and freedom?