Slandered by the Communist Press and the NAACP

Recently our local communist rag, The Gainesville Sun, published an article celebrating the one year anniversary of the removal of the Confederate Soldier statue from downtown Gainesville, Florida. The United Daughters of the Confederacy, who originally erected that statue some 114 years ago, took possession of the statue and relocated it to Oak Ridge Cemetery, near Micanopy. My wife and I had the privilege of attending the rededication. 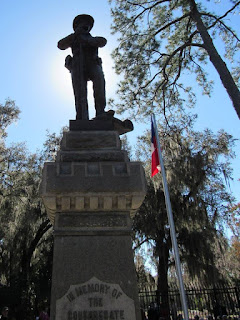 “Old Joe” in his new home

The article consisted mostly of gloating and celebrating the destruction of culture and history. Included was a comment from the president of the local NAACP, a comment full of lies, slander, bile, and hatred. 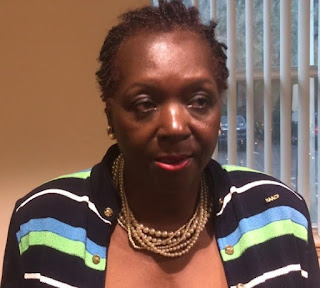 I wrote a letter to the editor in defense of my ancestors and of those of us who still honor and remember them. It’s been over ten days now, so I suppose it will not be published. In any case, I send it out in this week’s blog with the hope that some will find it of interest or value.

LETTER TO THE EDITOR (as yet unpublished)

The Gainesville Sun recently printed an article reflecting on the removal of the Confederate Statue from downtown Gainesville. The article states that “Alachua County NAACP President Evelyn Foxx said she remembers how angry some were when the statue was removed. She said it shows that some were OK with racial injustices and inequalities.”

What a sad, narrow, prejudiced, bigoted, and uneducated view of the meaning of that statue and the reasons for its erection. What slander against those of us who remember and honor our Confederate ancestors.

Brave men from Alachua and surrounding counties took up arms to defend their homes and families from an invading alien army from the north. I am proud to say that several of my own ancestors were included in those brave Florida Confederates.

The statue contains not one word about fighting for “racial injustice and inequalities.” Rather it simply states: “They fell for us, and for them should fall the tears of a nation’s grief . . . They counted the cost and in defence of right they paid the martyr's price."

Even the president of the yankee union, Mr. Lincoln, clearly stated on the eve of his immoral and unconstitutional invasion of the South that: "I have no purpose, directly or indirectly, to interfere with the institution of slavery in the States where it exists. I believe I have no lawful right to do so, and I have no inclination to do so." (Lincoln's First Inaugural Address, March 4, 1861).

Whether it is published in the Gainesville Sun or not, truth remains truth, and this grateful descendant of Confederate soldiers will continue to honor his ancestors and their sacrifices.

Deo Vindice! I have no doubt but that our God will ultimately vindicate our righteous cause!

IMPORTANT UPDATE: Though it took a while, the Gainesville Sun actually published an edited version of my letter. Omitting my references to Lincoln, etc. Of course they also edited out my comments that properly and accurately described the views expressed by the NAACP president as "sad, narrow, prejudiced, bigoted, and uneducated." But again, we are not allowed to speak truth to and about "protected minorities" and "progressives."