Fight for your brethren, your sons, and your daughters, your wives, and your houses.

My wife and I recently visited my mother in the Conyers, Georgia area for an early Mother’s Day. 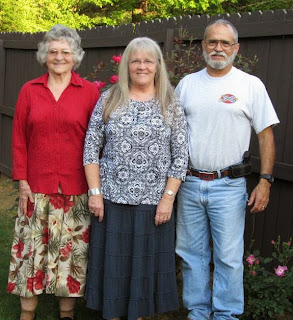 While on an excursion just north of the city, I noticed the Almand family cemetery, a small and somewhat overgrown cemetery. I am always on the lookout for the distinct Confederate headstones and immediately I saw several. Confederate stones come to a point at the top, as opposed to the rounded top found on the stones for US veterans. (See the stone below for 1st Sergeant James T. Almand, CSA, who died on April 4, 1864.) 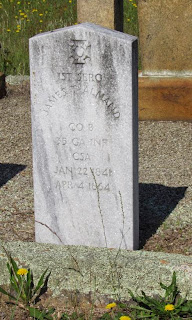 Long ago I was told that the Confederates had a point on top of their stones to keep damned yankees from sitting on them.

I did not get an exact count, but I would estimate that there were at least thirty Confederate Veteran headstones. Close to half of the men beneath them had died during the years of the war.

One particular group of headstones stood out -- five stones, all in one neat row. 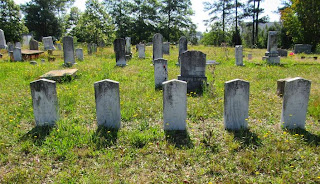 Five young men from this small community north of Conyers, perhaps brothers or cousins (three of the five stones bore the name Almand).

Nehemiah 4:13-14: Therefore set I in the lower places behind the wall, and on the higher places, I even set the people after their families with their swords, their spears, and their bows. And I looked, and rose up, and said unto the nobles, and to the rulers, and to the rest of the people, Be not ye afraid of them: remember the Lord, which is great and terrible, and fight for your brethren, your sons, and your daughters, your wives, and your houses.

On the other hand those in the US military today are simply imperial storm troopers (as were those yankee invaders in the 1860’s). They go and fight whom and where they are told with no real connection to home and family. I know the claim is that they are “fighting to keep us free,” but it’s hard to believe that anyone really believes that. Are folks in Amerika so brainwashed as to believe that they are free? Do the sheeple in Amerika even have any idea of what true freedom would look like?

May we all look to those five young Confederates and be prepared to give ourselves for our brethren, our sons, our daughters, our wives, and our homes.

But Southern mommas, “don’t let your babies grow up to be imperial storm troopers!”