Secede in Your Own Heart and Mind

The Amerikan Empire cannot be fixed or reformed. It is far beyond that possibility. This is why Free Florida First advocates secession from the corrupt (and corrupting) government that emanates from  on the Potomac ().

Sometimes folks ask, “How will secession ultimately be accomplished?” I admit that I don’t have a detailed answer to that question. In fact, it may well be that the empire will collapse under its own useless weight before we have the opportunity to secede.

Regardless, I do think that I understand how secession must begin. It must begin in our own hearts and minds.

Following the first American War for , which took place in the last half of 18th Century, one of our prominent leaders made the following statement:

But what do we mean by the American Revolution? Do we mean the American war? The Revolution was effected before the war commenced. The Revolution was in the minds and hearts of the people; a change in their religious sentiments of their duties and obligations. While the king, and all in authority under him, were believed to govern in justice and mercy, according to the laws and constitution derived to them from the God of nature and transmitted to them by their ancestors, they thought themselves bound to pray for the king and queen and all the royal family, and all in authority under them, as ministers ordained of God for their good; but when they saw those powers renouncing all the principles of authority, and bent upon the destruction of all the securities of their lives, liberties, and properties, they thought it their duty to pray for the continental congress and all the thirteen State congresses.

Let me encourage you to abjure the realm, to withdraw your consent, to leave the Empire in your own heart and mind. 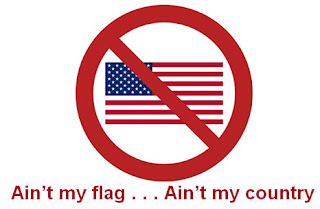 It can begin simply enough. You can start by not flying, saluting or pledging to the striped rag of the Empire. Fly your own state flag and/or one of the flags of the Confederate States of , the last constitutional republic to exist on the North American Continent. 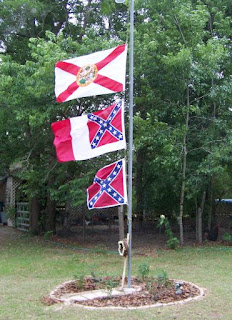 Stop honoring and recognizing the imperial storm troopers of the Empire as heroes and as defenders of our liberties! Rather encourage them to honor the oaths they took to the Constitution (however flawed that document may be). In these present circumstances, the ONLY possible way they can honor that oath is to remove themselves from service (or rather servitude) to the Empire at the earliest opportunity.

So let the Revolution begin in your own heart and mind; and then seek to communicate it to others.

That’s what we at Free Florida First are about, however small and insignificant our efforts may appear to others.

Indeed, 'The journey of a thousand miles begins with a single step.' Why not take that first step?