These Thirty Years the LORD Our God Hath Been with Us; We Have Lacked Nothing 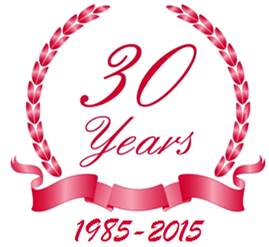 Not quite forty years, but we still closely identify with this verse that was written concerning ancient :

We have always been but a handful of folks, sometimes a bit larger than we are now, and sometimes a bit smaller. Frequently folks are surprised that we are as small as we are, given that we have been at this for such a long time.

Act 2:47
Praising God, and having favour with all the people. And the Lord added to the church daily such as should be saved.

The folks in the Lord’s little flock here in Archer know why they are here and they all want to be here.

The Lord saved me as a young man many years ago in an . Shortly after that I was convinced that the Lord was calling me to preach, but in my later teen years I pretty much took off in my own direction. (Yeah, you know how that worked out for Jonah don’t ya’?)

Anyway, I ended up attending a state university and graduating with a degree in history. At the time all I wanted to get out of college was my commission in the US Marine Corps. To say that I was not in the center of God’s revealed will would be a huge understatement, but in those years, the Lord gave me the best wife that any man ever had, a wife that has grown with me through the years and truly been a help meet.

While I was in the Marine Corps the Lord used some circumstances and friends to bring me back to a closer walk with Himself. After some initial resistance I resigned my commission and headed off to cemetery seminary.  What adventures we had there! Actually, I attended three different seminaries in three different states before I found one that I could stomach long enough to complete my three-year post-graduate degree.

Let me pause here and make these assertions. First, I would never recommend that any Christian or Southerner join the military forces of the Amerikan Empire. Second, I would never recommend that anyone called to preach attend a seminary in order to prepare for ministry in one of the Lord’s churches. Third, my Sovereign Lord used both of these things, in His providence, to prepare me for the ministry to which He called me.

Rom 8:28
And we know that all things work together for good to them that love God, to them who are the called according to his purpose.

Eventually I asked for the blessing of the church that we were members of to return to my hometown and start a new work there. held its first service in my home in on July 14, 1985.

Though we have not seen great growth in numbers or finances (nickels and noses), we have grown tremendously as individuals and as a church in both knowledge and in the spirit.

In 1992 we lost our little meeting house in to Hurricane Andrew. Subsequently we ended up losing virtually our entire congregation as well. In the next year or so, as we were seeking the Lord’s direction for the future, a former member, who was completing his education degrees at the University of Florida, wondered if we would at least consider relocating to North Central Florida as he could find no place to go to church.

The Lord prepared the way before us and led us to a perfect residence in which the bottom floor could serve as the meeting house for His church.

Through the years He has provided secular employment for both my wife and me. Thankfully we have both been able to recently retire.

Presently our congregation consists of my ever faithful wife; that former member who asked for us to consider the move to North Central Florida; a brother, whom the Lord led to us via a letter I had written to the editor of the local paper; and a brother who meets with us weekly from Indiana via Skype, and who travels to be with us in person at least once a year. The Lord has also been pleased in recent months to send several families to visit with us as well.

Lord willing, this Sunday I will revisit an old message that will be updated by events of recent years: “Why Are We Still Here?” You can see the outline of that message in this recently updated article: http://libcfl.org/articles/still.htm

Of a truth we can say: these thirty years the LORD our God hath been with us; we have lacked nothing.

By His grace we will continue on so long as He gives us the ability to do so and the assurance that it is His will that we do.

And that, friends, is truly a very long story made very short! I could hardly do justice to our Sovereign Lord’s mercy, provision, protection, and guidance. He is indeed ever faithful!

If you would like to be added to our email list and receive the paper every week, CLICK HERE and fill out the form.
Posted by Greg Wilson at 4:52 AM