Should the government be able to restrict the gun rights of the mentally ill?

Perhaps some of you are old enough to remember when Soviet Union would “disappear”, to the confines of a mental institution, anyone who opposed the regime. The communist government determined that anyone who objected to the socialistic paradise was, by definition, insane.

Perhaps you are old enough to remember when homosexuality was defined by American Psychiatric Association (APA) as a mental disorder, as recently 1973. Now we have come 180 degrees. Today failure to embrace sodomy is considered a mental disorder characterized as “homophobia.” Might the time come when the government would infringe upon your right to bear arms because you take a Biblical, moral and natural stand against sodomy? It’s not really so far-fetched when you consider that they have already voided the property rights and right of association of business owners who have refused to violate their own consciences and participate in the celebration of something that God calls “an abomination.”

Might the time come when the very desire to own a gun to protect yourself and your family will be defined as “mental illness”? A perfect “Catch 22”! Desiring to own a gun is proof that you are not mentally well enough to own one.

“Mental health” has already been used to administratively deprive many veterans of the Empire’s adventures in the Middle East of their gun rights. Seek treatment for PTSD and have the VA come for you guns, either surrender your rights or lose your health care. We’ve had a young man visit with us who had precisely that thing happen to him.

Too many folks who are pro-gun have not really thought this thing through. It may sound like a great idea to bar the mentally ill from owning firearms, but the problem is, who gets to decide who the mentally ill are?

Agree to this violation of the rights of those you consider to be mentally unstable and they will soon be coming for your guns as well. It is simply another backdoor approach to gun confiscation. 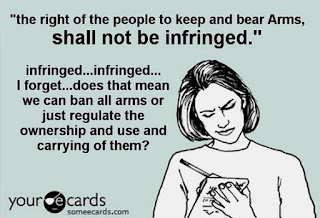 What part of “shall not be infringed” do they not understand? 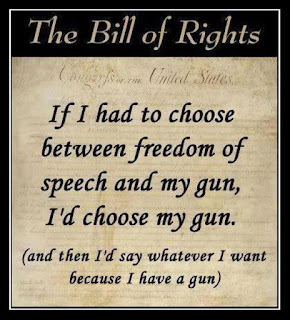