I encourage folks to go armed -- all of the time. Once you get in the mind set, it’s not that difficult to do. It actually becomes second nature, and that’s the point.

It can easily be done with just one gun, but it's much more fun to do it with several, if possible.

So, in the spirit of exercising your God-given rights, I present my very own “Going Armed Fashion Show.”

My normal everyday carry gun is now a Glock 9mm (G26 or G17). But, don’t anyone tell my preacher friend, Pastor John Weaver that I now carry a Glock.

There was a time when I did not even own a Glock or think that I ever would and Brother Weaver would accuse me of being a heretic for carrying my 1911. If he found out that I now carry a Glock I'm afraid that I would have to go to Baptist confession.

Don’t get me wrong, I still very much like my many 1911s. An old well-worn 1911 was my TE weapon for the eight years I served the Amerikan Empire in its Marine Corps, back in the 1970s. But fact is, I usually carry a Glock now.  There was a time that I never could have imagined it, but numbers don’t lie -- with two extra magazines on my belt I’m now ready to return fire with 52 rounds, whenever the situation warrants it. Two extra magazines and a loaded 1911 gives you less than half of that total.

Given today’s rising threat level, I’ll opt for the extra rounds. I'm not interested in fighting caliber wars, but I'm convinced that with advent of modern improved self-defense ammunition, there is very little difference in the terminal ballistics between a 9mm and a .40 or .45 cal. 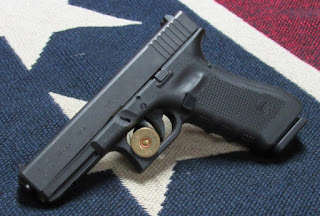 So let’s get started with the show. First you see how I go out to get my paper in the morning. Note the fashionable 35+ year old camo utility jacket and the chic Popeye PJ bottoms. For morning wear my main accessory is a Taurus Judge on a gun belt, with knife, flashlight, and several reloads of shot shells and .45 Long Colts. 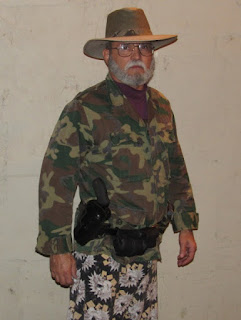 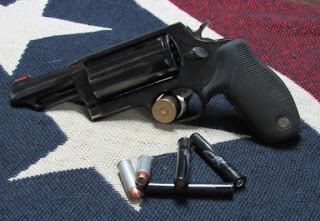 Next you see my normal attire as I go about the house throughout the day. I would encourage you to open carrying while going about your own property. My grandkids know that I’m always armed – always -- and they think it’s the most natural thing in the world. I’ve never so much as had a comment from the mailman or the UPS man or the Fedex man, should our paths happen to cross. And you never know when you might cross paths with a rattlesnake -- or something. 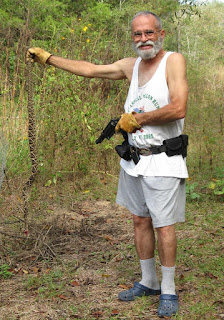 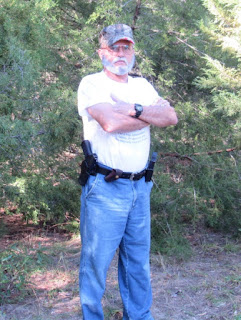 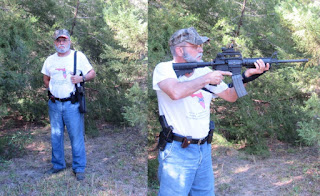 Should I need to go into town, I simply slip on a light cover garment and I’m ready to go. 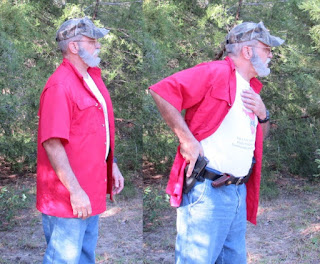 This is my preferred method of concealed carry, even in the Florida summers. I have never found it uncomfortable to wear a light collared shirt over the top of a T-shirt. Dressed in this fashion even a little fellow like me can easily conceal a full-sized firearm.

Occasionally I find it necessary venture into some very “non-permissive” environments. This is when “deep concealment” becomes a necessity. In such cases I usually go with my Keltec P3AT in a pocket holster in my back pocket. Perhaps not for everyone, but it works well for me and has for many years. 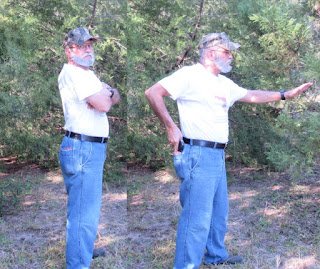 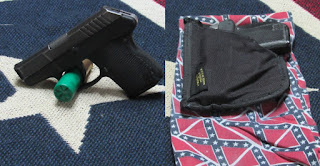 My philosophy is simple. There’s a reason it’s called concealed carry, and unless there’s a metal detector, I will be carrying. And I avoid places with a metal detector to the utmost of my ability.

If I’m out working in the yard or should I need to run into town in my grungy work clothes I will sometimes slip my North American Arms .22 Magnum Mini-Revolver into the front of my trousers or overalls. Folded it just looks like a knife stuck into my trousers. 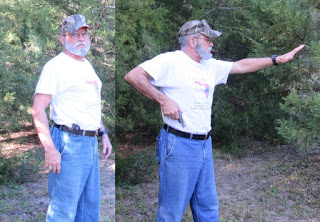 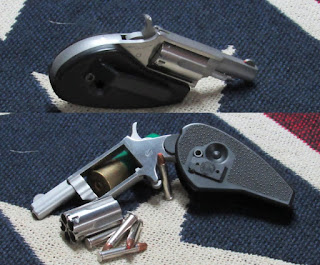 When setting up a booth for a festival I often find it convenient to carry my Sig Sauer P938 in a Sneaky Pete holster, it just looks like a piece of electronic gear, though many “gun guys” will recognize it for what it truly is, sometimes striking up a conversation. For that reason this may not be the best option when truly deep concealment is called for. 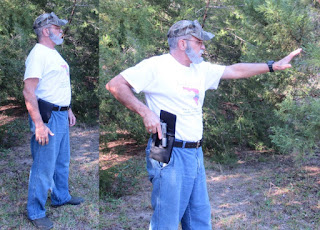 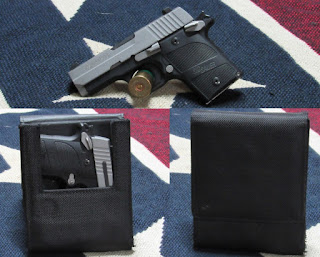 I open carry when I preach on Sundays. Hopefully it encourages others to go armed as well. I suppose if something did go down in our meeting house I would be the first to take a round, but I’ll guarantee you there would very soon be other firearms coming into play from our pews. 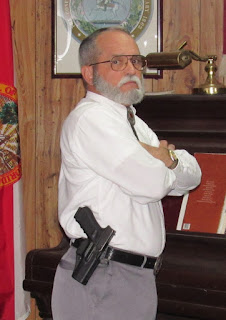 Indeed, the first thing you see upon entering our meeting house is a sign encouraging folks to carry. 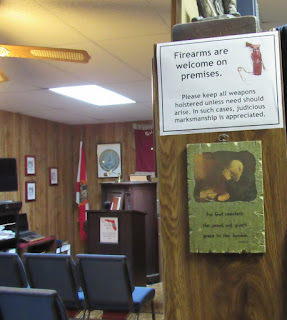 Next you see me ready to preside over a Free Florida First meeting. 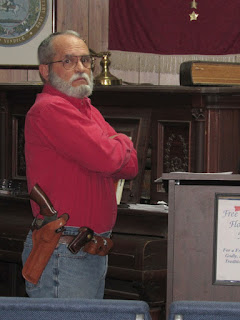 I generally wear a Glock to these meetings, but I do enjoy changing up every now and then. It’s hard to beat a good .44 magnum for making a fashion statement. 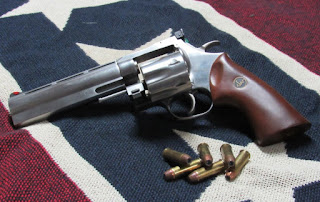 Finally, should something go bump in the night I have my trusty Springfield XDM .40cal. at my bed side loaded with 16+1 rounds and ready to go -- and of course, a flashlight and an extra magazine as well. 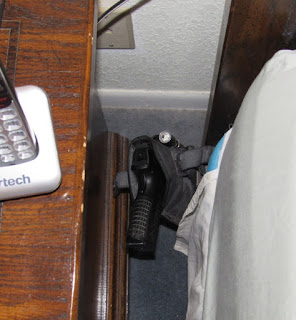 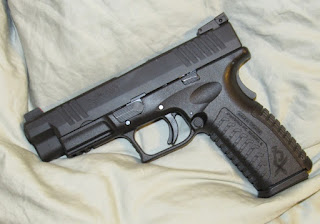 And for the direst extremes, there is a fully loaded riot shotgun on my closet door.

It’s often said that racking the slide of a pump shotgun will give a terrible fright to whatever zombie might happen to be in your house. But I actually keep one in the chamber. If someone is uninvited in my house, I don’t want them to be scared. I want them to be bleeding.

And there you have it, your fashion guide to going armed 24/7. It can be done in an almost infinite variety of ways, but the point is -- it should be done.