Grow Up and Stop Blaming Others

The author, Robert Anthony, observed: “When you blame others, you give up your power to change.” 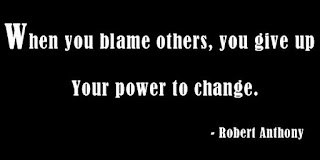 Perhaps this seems particularly applicable to groups like “Black Lives Matter” and to most students on modern day college campuses. They readily blame “Whitey” for everything that they think is wrong with their lives (often while living on the White man's dime). In addition, these whiney little spoiled brats require safe spaces to protect themselves from seeing or hearing anything that might contradict their distorted world views. 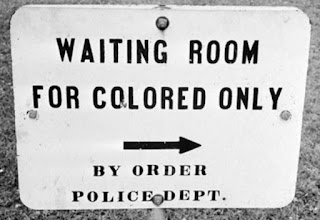 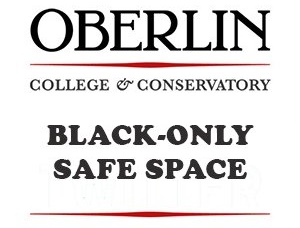 When they could be working to improve their own circumstances, they instead look for someone else to blame.

Unfortunately, this tendency to shift blame is not limited to our enemies on the left.

Indeed, I am puzzled by some within the liberty and Southern movements who manifest these same inclinations. Of recent days I have reached the point of complete disgust with some of them.

At some point someone added me to a Facebook group called “Floridians for Secession” (which is evidently affiliated with the League of the South). I did not object and it seemed that they would generally be aligned with my own objectives. However, I have recently seen more and more blame shifting. One individual (I think the one who added me to the group) posted a link to a video that blamed the Jews for all our troubles. The video was downright pathetic and lacked any substance or evidence. It was simply a hate filled screed that made accusations and called names with absolutely no support. Needless to say, I have left that group and unfriended that individual on Facebook. 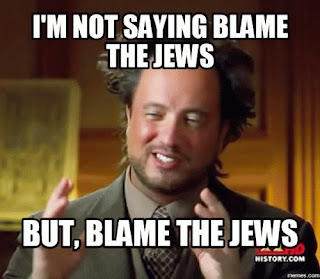 We need to get our own house in order. We need to conform our own lives to the revealed will of God and stop blaming others.

Just so you don’t have to speculate, I’ll tell you exactly where I’m coming from. I believe in the literal interpretation of Scripture. I believe that God has a special relationship with Israel and with the Jewish people and I believe that He is not finished with them, nor have they been “replaced”. They will eventually possess ALL THE LAND that God promised them. I believe that the modern day return of the Jews to land of their fathers is in all likelihood the beginning of the fulfillment of God’s promises.

I am not, however, a neocon. The present day government of Israel is little better than our own. That’s not saying much, it would be difficult to be much worse than the government in the District of Corruption.

I don’t think that we help Israel by sending them foreign aid and then attempting to tie their hands when they see the need to act in their own interests. Fact is, we give more combined foreign aid to Israel’s enemies than we do to Israel.

I believe that the Israelis can very well stand on their own and that the US should stay out of Middle Eastern politics and withdraw all of our troops from that part of the world. For that matter, we should withdraw from ALL parts of the world that are not legitimate US territories.

Several years ago our group, Free Florida First, separated from the League of the South and went our own way as an independent organization. Of recent days, the correctness of that decision has been affirmed.


Come on folks, grow up and stop blaming others. Let’s go forward and seek a Free, Independent, Godly, Prosperous, and Traditionally Southern Florida for ourselves and for our posterity.