. . . He which made them at the beginning made them male and female (Matthew 19:4b) . . . And some additional thoughts

I suspect that this article may upset some folks more than some others I have written. Nevertheless, I think it a topic worthy of consideration.

Please understand that I don’t mean to cast stones, or to beat up on anyone, and I’m certainly not trying to tell someone else how they ought to live.

Having said that, I wonder if we as conservative Christians may not have contributed to the “transsexual” confusion that now surrounds us today? 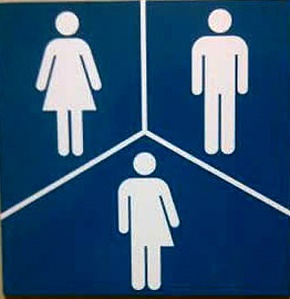 I assume that we would all agree that God created mankind in His own image and that He originally created them as male and female. 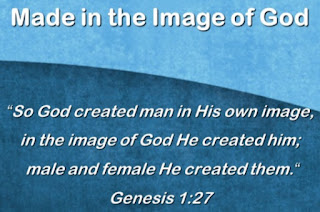 This is the book of the generations of Adam. In the day that God created man, in the likeness of God made he him;  (2)  Male and female created he them; and blessed them, and called their name Adam, in the day when they were created.

I believe that anything we do that blurs the distinction of the sexes goes contrary to God’s revealed will and blurs the image of God in mankind.

Our Lord notes that this as God’s intention from the beginning:

Matthew 19:4
And he answered and said unto them, Have ye not read, that he which made them at the beginning made them male and female,

Mark 10:6
But from the beginning of the creation God made them male and female.

Yet American culture and Christians within that culture have long been blurring that distinction. God’s word warns against such confusion.

Deuteronomy 22:5
The woman shall not wear that which pertaineth unto a man, neither shall a man put on a woman's garment: for all that do so are abomination unto the LORD thy God.

“Wear that which pertaineth” in the original language (Hebrew) goes beyond merely clothing. It speaks of all the instruments, tools and implements associated with a man.

Strong’s Concordance defines the word as:
“any apparatus (as an implement, utensil, dress, vessel or weapon)”

We have certainly departed from this basic principle in matters of dress, behavior, employment, etc. It has become so modern and so politically-correct to do so. It immediately comes to my mind how this would have application to women in the military, particularly in combat roles, but that’s a topic for another time.

Under the inspiration of the Holy Spirit, Paul acknowledges the importance of maintaining the distinctions between men and women when he writes to the church in Corinth.

Now, before you tell me that Jesus had long hair, find any Bible verse that indicates such a thing. The fact of the matter is; the Lord is depicted with long hair in paintings because the effeminate renaissance artists who painted Him had long hair.

Paul had something to say on that matter of effeminacy as well:

1Corinthians 6:9
Know ye not that the unrighteous shall not inherit the kingdom of God? Be not deceived: neither fornicators, nor idolaters, nor adulterers, nor effeminate, nor abusers of themselves with mankind,

The blurring of the distinctions between men and women has almost certainly prepared the way for acceptance of the “transsexual” confusion that now permeates our perverted culture.

That blurring is an assault upon the image of God in man. It is but another manifestation of our society’s rebellion against God and His rule and His Sovereignty.

Even something as simple as the traditional association of blue with little boys and pink with little girls, that long served to distinguish between the sexes, has now been largely set aside.

I’m not going to set forth a list of “do’s and don’ts.” I don’t think that’s my place, but perhaps it would do us all good to consider our appearance and behavior in the light of God’s creation and in the light of the depraved world in which we live.

Will we contribute to the general confusion of our time or will be stand as a testimony against it?

I can’t speak for others, but for me personally I can tell you that you’ll not find me sporting long hair, earrings, or frilly pink attire. Nor do I think that my wife is inclined to bobbed hair or to men’s attire.

You may be just about ready to point out to me that there are bigger issues facing us, and I would tend to agree. But I do wonder -- if we had given heed to these smaller issues earlier on, might we not have avoided some of these larger issues that now loom before us. 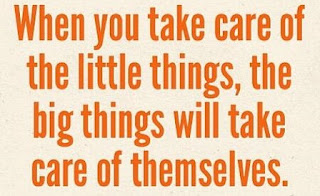 Evidently the Orlando shooting is my fault . . .

From the pulpit on Sunday morning I remarked on the shooting in Orlando. Specifically I said: “Somehow it’s going to be all my fault.”

Later my wife said she thought I had lost my senses. Sure enough within the week the shooting was blamed on White Southerners, Christians, Gun Owners and men. If you don’t believe it was my fault just check with the ACLU, SPLC, MSNBC, etc., they will allay any doubts you might have.

So a closet-sodomite muslim shoots up a “gay” bar and somehow it’s my fault . . . and the liberal elite want to take my guns away. [Good luck with that . . . better pack your lunch]. 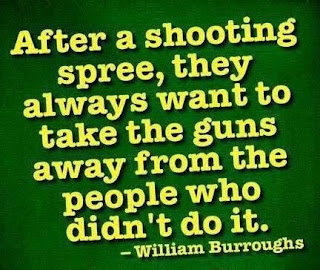 This past Tuesday the Southern Baptist Convention voted to repudiate the Confederate Flag. They have libeled the Christian symbol of Saint Andrew’s cross and have spit upon their families and their roots.

To my thinking, the SBC long ago broke loose from its Biblical moorings, but this latest move should convince every discerning Christian that the convention is beyond redemption.

If I were a member of a Southern Baptist church one of two things would happen. Either my church would denounce the SBC’s resolution and remove themselves from the convention, or I would permanently remove myself from that church.

Unfortunately there will probably not be a mass exodus -- too many within the Convention are either terminally asleep or have reconciled themselves to endure all manner of heresy and betrayal. 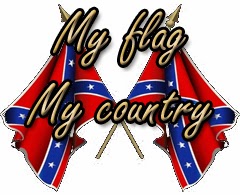