“I’ve lived way too long . . .” I’ve been telling that to my wife for at least thirty years now.

That’s a refrain that often passes from my lips as I read the newspaper or listen to the evening news.

Please understand, I’m not complaining against God’s Providence. It’s just that I don’t seem to fit with the culture and society that surrounds me, but I suppose that’s as it should be:

For here have we no continuing city, but we seek one to come. – Hebrews 13:14

Until I was in my mid-twenties the American Psychiatric Association designated homosexuality a mental illness.

Until I was in my mid-twenties abortion was a felony in most US states.

Until I was in my mid-twenties rape was a capital offense in many of the US states.

Until decades after I left the military homosexuality was subject to court martial and punitive discharge.

To paraphrase the old Virginia Slims cigarette ads, “We’ve come a long way, baby” -- but I believe that the bulk of it has been in the wrong direction! 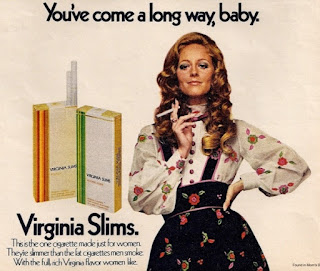 Where is the world that I grew up in?

Where is the world that I raised my family in?

Where is the world that I spent my working life in?

Who took it? Is there any prospect of getting it back?

Just a few short years ago I could not have imagined . . . not in my wildest dreams . . . that a president of the United States would decree to local schools that they must allow boys (however confused they may be) into the girl’s restroom.

I could not have imagined that the US military would openly recruit sodomites into its ranks and promote their deviancy and mental illness by celebrating LGBT Pride month.

In his book, Goodbye, Darkness: A Memoir of the Pacific War, William Manchester wrote of the background and culture of the World War II generation and though I am of the next generation (“Baby Boomers”), I can identify with most of what he wrote:

To fight World War II you had to have been tempered and strengthened in the 1930's Depression . . . You had to remember your father's stories about the Argonne, and saying your prayers, and Memorial Day . . . you had to have heard Lionel Barrymore as Scrooge and to have seen Gary Cooper as Sergeant York. . . . Esteem was personal, too; you assumed that if you came through this ordeal, you would age with dignity, respected as well as adored by your children. Wickedness was attributed to flaws in individual characters, not to society's shortcomings. To accept unemployment compensation, had it existed, would have been considered humiliating. . . . Debt was ignoble. Courage was a virtue. Mothers were beloved, fathers obeyed. Marriage was a sacrament. Divorce was disgraceful. Pregnancy meant expulsion from school or dismissal from a job. The boys responsible for the crimes of impregnation had to marry the girls. Couples did not keep house before they were married . . . You needed a precise relationship between the sexes. No one questioned the duty of boys to cross the seas and fight while girls wrote them cheerful letters from home. Girls you knew were still pure because they had let you touch them here but not there, explaining that they were saving themselves for marriage. . . . All this led you into battle. It sustained you as you fought, and comforted you if you fell, and, if it came to that, justified your death to all who loved you as you had loved them. Later the rules would change. But we didn't know that then. We didn't know. (emphasis added)

I take those words as William Manchester’s much more eloquent way of saying: “I’ve lived way too long . . . “

I know that God has a purpose in keeping me here and by his grace I hope to be a “voice in the wilderness” until He calls me home. Standing in the ways, calling for a return to the old paths, wherein is the only rest of our souls.

Thus saith the LORD, Stand ye in the ways, and see, and ask for the old paths, where is the good way, and walk therein, and ye shall find rest for your souls. But they said, We will not walk therein. – Jeremiah 6:16

I suppose that we can expect the same response that Jeremiah received, but let us stand faithful by His Grace.