There are perhaps two important lessons that we can learn from some recent events.

a. You never know what threat you will meet or where. It may be a well-armed Islamic terrorist in a sodomite nightclub (OK, not likely for most of us). Or it may be some pervert attempting to drag off your teenaged daughter or granddaughter in a Dollar General Department store (as recently happened here in Florida).

b. I realize that you cannot always have your AR-15 with you, but you should still make yourself as potent and, if need be, as lethal as possible. Generally I go out with my Glock 26, loaded with a Glock 17 magazine. That means I have 18 rounds ready to go, locked and loaded, in my pistol. I also carry two extra Glock 17 magazines, which means I am prepared to rapidly return fire with 52 rounds, should the circumstances get that desperate. And it’s really not difficult to go well-armed. I can accommodate this by simply throwing a shirt or a vest over my t-shirt as I leave the house.

b. Occasionally I must go to places that require deep concealment. By that I mean so-called “gun-free zones.” In those circumstances I will be armed with my Keltec P3AT, with seven rounds loaded in the gun and an extra six round magazine on my belt. Not ideal, but it beats a sharp stick.

c. The only exception would be so-called “gun-free” zones that are fortified with metal detectors -- a most unhappy situation to be avoided at all costs. 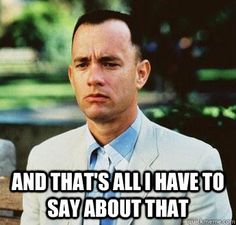 2. Don’t go to stupid place and do stupid things with stupid people.

a. First of all, avoid anyplace that is supposed to be a “gun-free” zone. I’m thinking a gay nightclub would qualify, but so would many other places, some as mundane as your local church in many states. If you MUST go, see Sections 1.b, 1.c, and 1d., above.

b. Avoid places that are manifestly stupid . . . I think virtually any nightclub would qualify, but a number of other places readily come to mind as well.

c. Think about it folks, almost nothing good ever happens after 11:00 PM. I mean honestly, I’ve probably been in bed almost two hours by that time. OK, I understand that y’all don’t get up at 3:30 AM like I do, but the point is still valid. 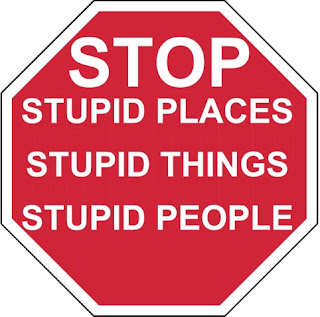 There are a number of circumstances and places that I avoid. You will need to make you own decisions, but it might be useful to keep the simple principles listed above in mind.

I have not flown for decades and I can hardly think of ANY circumstances that would call for me doing so. Admittedly it’s not ONLY because I would have to travel unarmed . . . I have a very low tolerance for tyrannical and moronic bureaucracy, so I might well end up in the hoosegow if I had to interact with the TSA, but that will be a topic for another day.

And here endeth the lesson . . . at least for now. 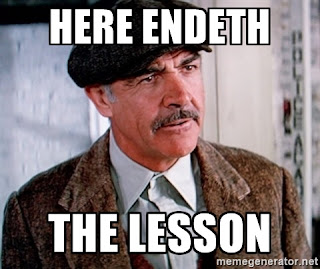