I am thankful to be the descendant of multiple Confederate Soldiers. I have been a member of the Sons of Confederate Veterans (SCV) since the late 1980s. 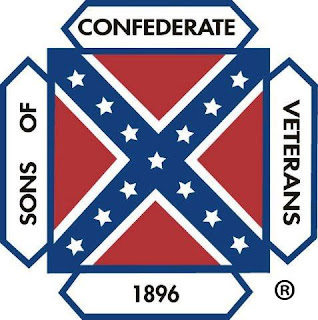 While I am currently not a member of a local camp, I have maintained my membership in Headquarters Camp throughout the years.

When I was a member of a local camp, my advocacy for secession was not well received. That’s rather interesting when you think upon it, for the SCV claims to be honoring our ancestors, who not only advocated for secession, but who also valiantly fought against a tyrannical government in striving to secure it.

There is a very real cognitive dissonance within the SCV. The vast majority of local camps continue to recite the “Pledge of Allegiance” to the US flag as part of their meetings. The Pledge was written by a South hating, Socialist, yankee. There is much within it that is objectionable, but to recite “one nation . . . indivisible” is like taking a sharp stick and poking it in the eye of our Confederate ancestors. Our ancestors, after all, fought to break themselves away from that supposedly “indivisible nation.” Were they wrong? [See more on the pledge here: http://freefloridafirst.org/pledge.htm] 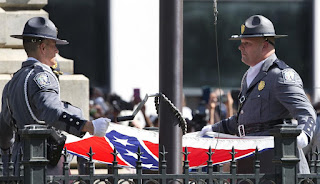 Recently, I received an email from the Commander-in-Chief of the SCV proclaiming a “National Law Enforcement Appreciation Day” and amongst other things stating that: “law enforcement officers are the domestic protectors of our citizens, our society and our way of life.” REALLY?? 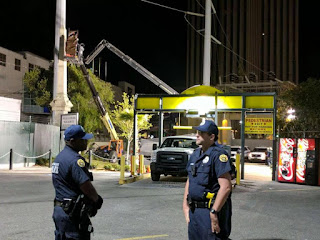 Who is it exactly who tears down our monuments and flags, carrying out the orders of corrupt and illegitimate politicians? (Or who provide protection and cover for those who do). Who is it that fails to protect our monuments from vandals and fails to press charges against those who are apprehended in the act? Who is it that is the agent and strong-arm for tyrannical government, both national and local that seeks to obliterate the memory of our ancestors and the continuance of our traditions? In virtually every case it is local or state “law enforcement.” 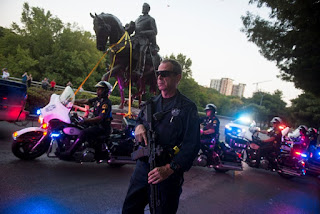 Dallas Police providing “security” for the removal of General Lee’s statue in Dallas: Does this look like someone who is “protecting our way of life”?

The SCV may still have its place. It may help to awaken some folks to their heritage -- But it is a very long way from leading to any corrective action against the illegitimate yankee State that occupies our Southern homeland. It is presently far too cozy with our oppressors, and this recent desire to honor “law enforcement” demonstrates this. [Even the term “law enforcement” should stick in the craw of any liberty loving Southerner, but we will have to address that another day.]

I pray that the SCV awakens to what it really means to honor our ancestors and begins to take the leadership in restoring the Sovereign Southern States. Honoring our oppressors, by pledging to their flag and to an “indivisible union” and calling for a day of appreciation for those who most directly destroy our flags and monuments, shows that the SCV has a very long way to go.

For now at least, I will maintain my membership in the SCV and encourage others to join. However, they should do so with their eyes wide open. And they should not participate in anything that honors our occupiers and oppressors and they should speak out against it.

Once again the Commander-in-Chief of the SCV has proclaimed a “National Law Enforcement Appreciation Day”. He would have the proud descendants of Confederate Veterans continue to offer obeisance to the standing blue army of the Amerikan empire.

This year’s proclamation was accompanied by the obscene graphic displayed below: 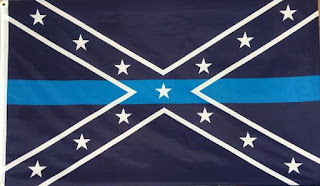 As I commented on the Facebook post announcing the proclamation: “That flag is disgusting! It dishonors our ancestors”

I was gratified to see that a least a few of my compatriots agreed with my assessment, as could be noted by the following comments that also appeared on that page:

- “Pattern of rebellion with color scheme of authority. That’s ironic to the point of no return”.

- “They can go make their own flag for their law enforcement cult. This ain't right.”

- “SOUNDS LIKE STOCKHOLM SYNDROME WHEN YOU SUPPORT THE STANDING BLUE ARMY STILL FUNDED BY D.C.”