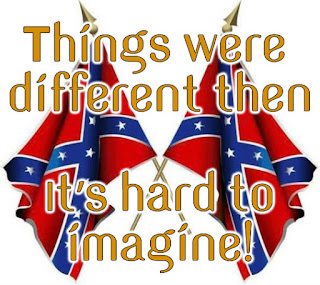 It’s one of those little things that stay in your memory from many years ago.

I can still vividly remember talking with my teammates at the end of practice for our Pioneer League Baseball team; as I recall, we were the “Florida Crackers.” I must have been about 8 years old. For some reason, we were discussing the turn of the century and wondering if we would live to see it. After all, most of us would be 50 years old, or older in the year 2000. For an eight year old, it’s hard to imagine living to be 50!

There were certainly other things that we never could have imagined, not in our wildest dreams:
I could go on. I’ve certainly failed to mention many things that come to my mind and to yours, but I think you get my point.

But I have to admit that for many years now . . . dating back to at least the turn of this century . . . I’ve been saying to my wife: “I’ve lived way too long.” Usually five minutes of the evening news is enough to elicit that remark from me.

I don’t think that I understand this world that I live in any longer and I haven’t for some time now.

I don’t really expect to see things get any better -- not until my Lord returns. However, I shall, by the Grace of God,  continue to speak the truth, to resist tyranny and hope against hope that my grandchildren might someday know something of the world that I knew in the 50’s and early 60's.

By His Grace, I continue on, knowing that, all appearances to the contrary -- “ . . . all things work together for good to them that love God, to them who are the called according to his purpose.” (Rom. 8:28)

My ramblings brought to mind a passage that I found somewhat haunting in William Manchester's, Goodbye, Darkness: A Memoir of the Pacific War, which I read many years ago. Manchester was a Marine in the Pacific during World War II. I don't know that Manchester made a claim to any sort of Christianity, but his comments as to what they were fighting for and what they assumed to be true still resonate:

. . . You assumed that if you came through this ordeal, you would age with dignity, respected as well as adored by your children. Wickedness was attributed to flaws in individual characters, not to society's shortcomings. To accept unemployment compensation, had it existed, would have been considered humiliating. So would committing a senile aunt to a state mental hospital. Instead, she was kept in the back bedroom, still a member of the family.

Debt was ignoble. Courage was a virtue. Mothers were beloved, fathers obeyed. Marriage was a sacrament. Divorce was disgraceful. Pregnancy meant expulsion from school or dismissal from a job. The boys responsible for the crimes of impregnation had to marry the girls. Couples did not keep house before they were married and there could be no wedding until the girl's father had approved. You assumed that gentlemen always stood and removed their hats when a woman entered a room. The suggestion that some of them might resent being called "ladies" would have confounded you. You needed a precise relationship between the sexes, so that no one questioned the duty of boys to cross the seas and fight while girls wrote them cheerful letters from home, girls you knew were still pure because they had let you touch them here but not there, explaining that they were saving themselves for marriage. All these and "God Bless America" and Christmas or Hanukkah and the certitude that victory in the war would assure their continuance into perpetuity - all this led you into battle, and sustained you as you fought, and comforted you if you fell, and, if it came to that, justified your death to all who loved you as you had loved them. Later the rules would change. But we didn't know that then. We didn't know.