It’s always a bit perplexing when mid-January rolls around and America becomes embroiled in its annual veneration of “The Reverend Doctor Martin Luther King, Jr.”

King was a false prophet, philanderer, plagiarizer, whoremonger, and communist sympathizer (at the very least). His FBI files have been sealed until 2027 (to protect the guilty), but what has been released confirms all these charges. Even some of his closest associates have written of his gutter-level personal morality.

I guess most disturbing in that he is set forth as a “man of God.” King denied virtually all the fundamentals of the Christian faith. His own writings affirm that he denied the deity of Christ, the virgin birth, the vicarious atonement, the bodily resurrection and the divine inspiration of the Scriptures.

King is the only individual that has a national holiday set aside in his honor. I believe that that adoration of such an individual goes a long way to explain the terrible condition of much of the Black community; and increasingly of much of the White community as well.

Many “conservatives” of our day go out of their way to laud King; a man who had not a conservative (or moral) bone in his body.

One such is Booker T. Washington. He was born in slavery and by diligent hard work he raised himself to become a preeminent leader, successful businessman, and diligent educator.

It should not be surprising to discover that Mr. Washington also warned us of such charlatans such as Michael King (his real name) and the other so-called “civil-rights leaders” that abound today:
“There is another class of coloured people who make a business of keeping the troubles, the wrongs, and the hardships of the Negro race before the public. Having learned that they are able to make a living out of their troubles, they have grown into the settled habit of advertising their wrongs — partly because they want sympathy and partly because it pays. Some of these people do not want the Negro to lose his grievances, because they do not want to lose their jobs.” 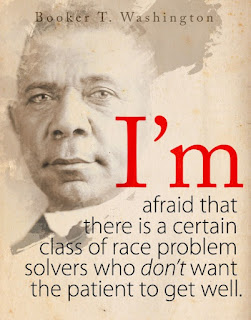 Perhaps most disconcerting about the observation of a national “Martin Luther King, Jr. Day” is that it has largely displaced, even in the South, the remembrance of one of the finest examples of Christian manhood to have walked on these shores -- General Robert E. Lee, whose birthday is also celebrated on the third Monday of January.

Not only was Robert E. Lee perhaps the greatest military leader to be born in America, he was also a dedicated educator and a sincere and practicing Christian. 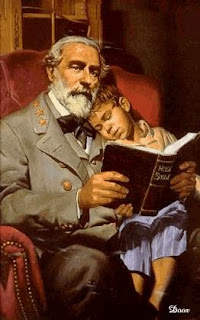 When meeting with his chaplains he once remarked: “I can only say that I am nothing but a poor sinner, trusting in Christ alone for salvation.”

His confidence was in an all-Sovereign God, even in the direst of circumstances and the darkest of days, he could relate: “My trust is in the mercy and wisdom of a kind Providence, who ordereth all things for our good.”

He did not question God’s revelation: “There are things in the old Book which I may not be able to explain, but I fully accept it as the infallible word of God, and receive its teachings as inspired by the Holy Spirit.”

Rather he found comfort in it: “In all my perplexities and distresses, the Bible has never failed to give me light and strength.”

He wrote some of the most important words of advice any man can receive: “We poor sinners need to come back from our wanderings to seek pardon through the all-sufficient merits of our Redeemer. And we need to pray earnestly for the power of the Holy Spirit to give us a precious revival in our hearts and among the unconverted.”

America would be a far better place if it honored Christian men like General Lee and Booker T. Washington rather than gutter rats like Martin Luther King, Jr.

I close with just one more quote from General Lee, a quote most applicable to the “Rev. Dr. Martin Luther King, Jr.”:

“I cannot trust a man to control others who cannot control himself.” ― Robert E. Lee

If you are interested in more details, you may listen to a sermon I preached on MLK and General Lee last January:
http://libcfl.org/sermons/011716_1.wma

I also addressed this at the beginning of my sermon last week:
http://libcfl.org/sermons/011517_1.wma