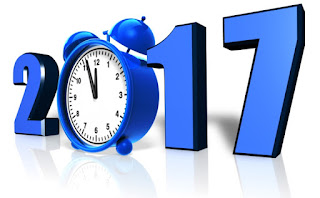 Last weekend most of us marked the beginning of a new year. Some of us even stayed up until midnight . . . though I was long asleep before that transformative hour.

But how often do we stop and contemplate why it is that we call this year 2017?

It is not that the earth was created a little over 2,000 years ago. Even those of us who are convinced in a young earth believe that our planet has been around for about 6000 years, or perhaps for a bit longer. Indeed, the Jewish religious calendar that professedly numbers from creation is currently in the year 5774.

Nor is it 2017 because the United States of America has been in existence for that long, though I recently read that many Twitter users believed that New Year’s Day 2014 marked the 2014th birthday of America.

Attempts have been made in various places and times to institute alternative calendars, but they have met with very limited success.

The Muslims have their own calendar in which this current year is 1438, as their years number from the emigration of Muhammad from Mecca to Medina. But Wikipedia notes that even in Muslim countries the date is kept “concurrently with the Gregorian calendar” (the calendar the rest of the planet uses). In fact, I found several calendars online designated “Islamic Calendar 2017.” So, even the Muslims acknowledge this year to be 2017.

As a result of the bloody and anti-religious French Revolution, the new government imposed a calendar which counted from that revolution. But in France today it is 2017, and I think you would have a difficult time convincing a Frenchman otherwise.

As noted above, Israel has a “religious” calendar that dates from creation (at least as they have reckoned), but generally they go by their “civic” calendar, in which it is 2017.

North Korea’s official calendar dates from the birth of their first communist dictator, Kim Il-sung, born in 1912, but generally they too use the same calendar that we do in most of their dealings, and acknowledge this year to be 2017.

Other examples could be cited, but they have all proven insignificant and/or unsuccessful.

A.D. abbreviates the Latin Anno Domini which means “in the year of our Lord.” Yes, the calendar we use; the calendar the entire world uses; dates from the coming of Christ.

The fact of the matter is, we count our years from the birth of the Lord Jesus Christ. His birth is the dividing line of history. And the years previous to his birth, we count backwards and designate as B.C. (Before Christ).

Jehovah God became man, and from the human perspective, everything changed; though the three-persons of the God-head had decreed that this would come to pass in the everlasting and eternal covenant.

Now the God of peace, that brought again from the dead our Lord Jesus, that great shepherd of the sheep, through the blood of the everlasting covenant, -- Hebrews 13:20

As the Angel of the Lord told Joseph:

And she shall bring forth a son, and thou shalt call his name JESUS: for he shall save his people from their sins. – Matthew 1:21

And more than this; after Christ made that complete atonement for all the sins of all the elect; and after the justice of God was completely satisfied; Christ would raise victoriously from the grave, demonstrating the acceptance of His sacrifice on the behalf of His own.

As I contemplated these things, the text of my commissioning as an officer in the US Marine Corps came to mind.

At the end it reads:

“Done at the City of Washington, this NINETEENTH day of JULY, in the year of our Lord one thousand nine hundred and SEVENTY-TWO, and of the Independence of the United States of America the one hundred and NINETY-SEVENTH.

So, even the US Government acknowledged that it was “THE YEAR OF OUR LORD.”

As far as I can determine, that wording still appears on the commissions of US military officers; though oddly enough the language about the year of US independence has been eliminated.

Indeed such is reflected in the text of the US Constitution, which concludes with:

“Done in Convention by the Unanimous Consent of the States present the Seventeenth Day of September in the Year of our Lord one thousand seven hundred and Eighty seven and of the Independence of the United States of America the twelfth....”

With the foregoing in mind, I would encourage each of us to think upon the One from Whose coming we number our years every time we write “2017” this year. Think on the One who reset our calendars; the One is soon coming again; and before Whom, all will eventually bow – one way or the other.

That at the name of Jesus every knee should bow, of things in heaven, and things in earth, and things under the earth;  And that every tongue should confess that Jesus Christ is Lord, to the glory of God the Father. -- Philippians 2:10-11

Those who embrace Him not as Lord and Saviour will ultimately face Him as Conqueror and King and Judge.


The grace of our Lord Jesus Christ be with you all. Amen. – 2 Thessalonians 3:18