You may not have seen the comments recently made by Emir Barak Hussein Obama, bless be his name. Somehow they were overlooked by my local "progressive" newspaper, the Gainesville Sun Daily Worker. Perhaps your local rag overlooked them as well.
Barak and Michelle recently issued a joint statement to Muslims in America that, amongst other things, thanked them for their contribution in "building the fabric" of the country. -- NO, I'M NOT MAKING THIS UP! -- Google it if you don't believe me! -- Specifically their statement, which appeared on the White House web page, read: "Eid also reminds us of the many achievements and contributions of Muslim Americans to building the very fabric of our nation and strengthening the core of our democracy." (Eid is the Muslim festival that marks the end of Ramadan.)
I have to admit that I was a victim of government education, albeit in the 50's and 60's, but I must have somehow missed that day in my American History class. In fact, my undergraduate degree in college was in American and Military History and I still can't remember all the Muslim contributions to "building the fabric" of America.
Perhaps I just need to be re-educated . . . I'm sure that all the children in today's government schools are learning about all of these wonderful Muslim contributions.
It seems that I do recall that Muslims are responsible for the building of Freedom Tower in New York. 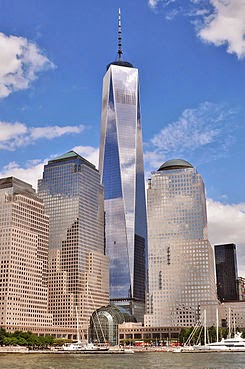 It was a replacement for the old World Trade Center Towers. 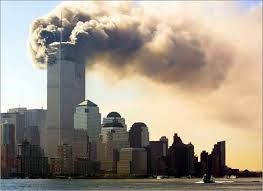 And I suppose we can thank Muslims for giving us the current occupant of the Black  Brown White House. 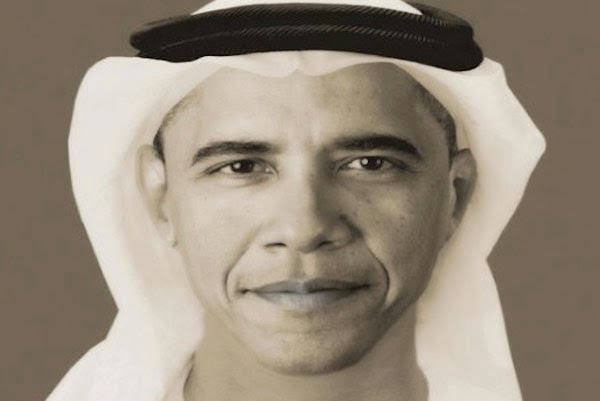 The Black author, Kevin Jackson commented: "I’d like to know what Muslims have done to improve America. It must be a secret list, kept with Obama’s birth certificate and his college transcripts!"
Or perhaps, as Obama stated in a speech that he gave in Egypt in 2011: "The contribution of Muslims to the United States are too long to catalog, because Muslims are so interwoven into the fabric of our communities and our country."
That's it, that's why I've never heard of all the "Muslim contributions," they were simply "too long to catalog."
As a former Marine Corps officer, I do remember that the Marine Officer's sword came from Muslims in Tripoli. And the Muslims even contributed a line to the Marine Corps Hymn: "From the halls of Montezuma, to the shore of Tripoli . . . 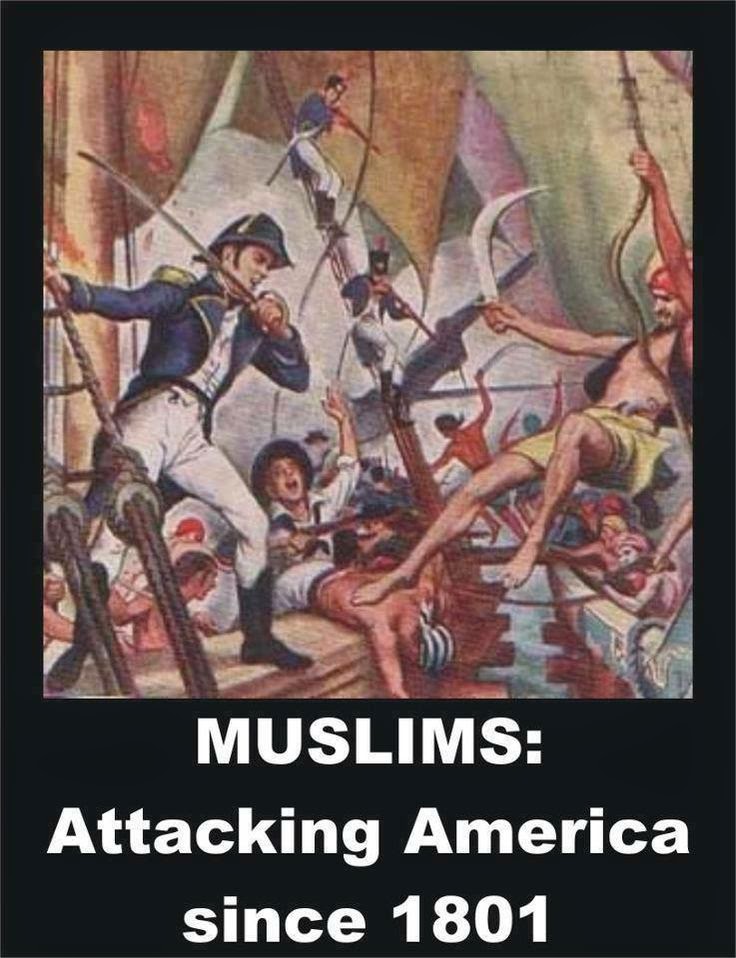 Now that I think upon it, how could I possibly have questioned the voluminous contributions of Muslims to the fabric of America? And I'm sure there's more to come, like Sharia Law, the hijab, burkas, etc.
*   *   *   *   *   *   *   *   *   *   *   *   *
We've all heard the expression, "You can't fix stupid!"
Well that certainly applies to our handlers in Babylon on the Potomac (aka, Washington, DC). The Federal Feral Government CANNOT BE FIXED! However, the problem is not stupidity, NO, those folks in DC, whether they have a "D" or an "R" behind their name are not stupid -- they are WICKED. And that can't be fixed either. It's time to separate from the Evil Empire and to go our own way!
FREE FLORIDA FIRST!
*   *   *   *   *   *   *   *   *   *   *   *   *
A friend sent along this test that evaluates your core morals. I think it appropriate to end on this note:
Are you as moral as you think you are?
This test only has one question, but it's a very important one. By giving an honest answer, you will discover where you stand morally. The test features an unlikely, completely fictional situation in which you will have to make a decision. Only you will know the results, so remember that your answer needs to be honest.
THE SITUATION: You are in Florida, Miami to be specific. There is chaos all around you caused by a hurricane with severe flooding. This is a flood of biblical proportions. You are a photojournalist working for a major newspaper, and you're caught in the middle of this epic disaster. The situation is nearly hopeless. You're trying to shoot career-making photos. There are houses and people swirling around you, some disappearing under the water. Nature is unleashing all of its destructive fury.
THE TEST: Suddenly you see a man in the water. He is fighting for his life, trying not to be taken down with the debris. You move closer. Somehow the man looks familiar. You suddenly realize who it is. It's Barack Obama! At the same time you notice that the raging waters are about to take him under forever.
YOU HAVE TWO OPTIONS: You can save the life of Barack Obama or you can shoot a dramatic Pulitzer Prize winning photo, documenting the death of one of the world's most powerful socialist Muslim men hell bent on the destruction of America.
THE QUESTION: Here's the question, and please give an honest answer. "Would you select high contrast color film, or would you go with the classic simplicity of black and white?"
*   *   *   *   *   *   *   *   *   *   *   *   *
TRUST GOD!
STAY IN THE FIGHT!
NEVER GIVE UP!
DEO VINDICE! 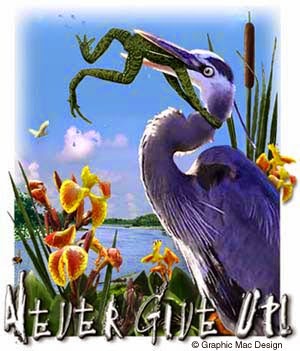