Recently I came across a comment by the President of an organization with which Free Florida First was once affiliated.

Dr. Michael Hill wrote: "I was a supporter of Apartheid and Southern Segregation. If Whites are to survive in our homelands--including the South--we are going to have to re-institute some sort of separate living arrangements."

I think I can understand the motivation for such a statement, but for me it begs the question: "Who will enforce segregation and apartheid, but a strong-armed government?"

I truly wish the League well (I believe that would be returning to its roots), but it's certainly not the League that I originally joined back in the 90's.

On another note, given what has transpired in the light of all the recent GOP victories, how can anyone still think there is any hope for the Republican party or that anything of real worth will be accomplished by the Tea Party movement? No, we need to start over again. Government should be small and local and have VERY VERY LIMITED powers, it will never be that way again under the present system. We have to start by dumping DC.

And what of the Amerikan military that secures the borders of Iraq, but not of Texas. Don't you think that something might be wrong with that picture? Do you really think they are fighting for your freedom? 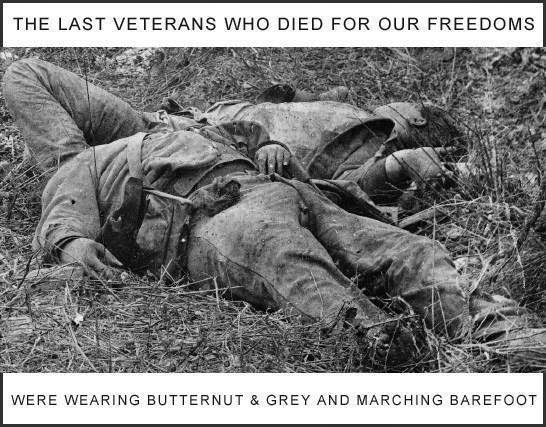 That's all the time I have for now.