The Foundations Are Crumbling

The foundations of this county are crumbling so fast that one can hardly keep up with it.


1. I see that some sort of a thing that calls itself a "Baptist Church" (it most certainly is NOT one) has called a transsexual pastor, s/he now parades as a woman, but was born, graduated West Point, served in the Army, raised a family and was ordained as a man. [This country is finished, along with organized hierarchical religion]. How could anyone justify being part of any such a "church"?

2. Washington and Lee University removed all the Confederate Battle Flags from the Lee Chapel for fear of offending someone. Well, they offended me. They are a disgrace and unworthy of the name of Robert E. Lee. A pox upon them! And yet, our beloved general remains entombed within that chapel.

3. Aliens continue to pour across our Southern border and neither political party seems to have any real concern about it. And I can assure you that no REAL action will be taken to stop it.

4. The façade of the US economy is beginning to wear very thin and Leviathan continues to arm itself to move against the people that it rules.

I don't see how a complete collapse can be avoided. It may be days or weeks or months or even years . . . but I don't see how it can possibly be decades.

I have often expressed the sentiments of Thomas Paine who said: "I prefer peace. But if trouble must come, let it come in my time, so that my children can live in peace."

I suppose the truth is that each generation must struggle against the forces of Leviathan, regardless of how they manifest themselves.

But it is proper that we think of our posterity, as did our ancestors.

Two days after the adoption of the Declaration of Declaration of Independence, John Hancock sent a message to General Washington stating that the Congress had been debating on the greatest question that could ever “come before them, or any other assembly of men” and that they had acted upon “a duty we owe ourselves and posterity,” trusting “the event to that Being who controls both causes and events, to bring about his own determination.”

Do you suppose that those men had in mind a horde of illegal aliens pouring across our borders when the spoke of their "posterity"?

I would encourage you to look that word up in a dictionary, if you don't know what it means. Though some modern sources have even attempted to modify its original meaning. 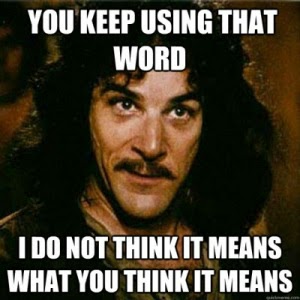 Even in the Preamble of the US Constitution we read that the purpose was to: "To secure the blessings of liberty to ourselves and our posterity.” It is proper that we think of our posterity . . . and no, that cannot mean the entire world. It is our descendants  and our people. Unfortunately, that Constitution actually laid the ground work for the present Centralized Monolithic Tyranny that emanates from Babylon on the Potomac. It was certainly powerless to prevent its rise and expansion.

Prepare yourself to stand, not only for your own sake, but for the sake of your own -- your posterity who shall follow you. If you fail to do so, you will rightly be cursed by them.
I don't know exactly how the coming collapse will unfold, but I do know that each of us should be looking towards preserving our own kith and kin.

That means the beans, bullets, bandages, bullion, the Holy Bible and the Battle Flag at a very minimum.

The vast majority of the populace has been mesmerized by the circuses and the bread. So long as the vast majority of Americans have their TV, sports, Social Security check, food stamps (excuse me, Supplemental Nutritional Supplements), etc., etc. they are fat, dumb and happy -- and content to lick the hand of Leviathan.

Thankfully, our Sovereign Lord still rules and reigns. He is working His perfect will in all things. May He lead us to prepare as we ought and to stand and fight when it becomes necessary for us to do so.

TRUST HIM in ALL THINGS!