Why the Hatred Towards Israel?

I really can't understand why some folks in the "Southern Movement" seem to have a visceral hatred for the nation of Israel.

I would think there would be a natural admiration between the two. Some of those who most loudly advocate for kith and kin and blood and soil and religion and culture and tradition seem to have no appreciation for Israel, which is a nation based upon exactly those things.

I don't advocate sending foreign aid to ANY country. Truth is, we send MORE to Israel's enemies than we do to Israel in any case, and they would be in a better situation if we gave no aid to anyone. Now, if you want to send them your personal contribution, you are free to do so.

I don't advocate the US becoming involved in the disputes of other countries. Certainly individuals may decide upon another course of action. If you want to go to Israel and join the IDF, have at it. Actually that thought crossed my mind in the past.

I don't advocate dictating policy and actions to other countries. I certainly don't advocate hamstringing Israel as they fight for their very survival. I don't advocate imposing a cease fire upon them, so that their enemies have time to rearm and can then recommence their missile barrages.

As you might surmise, I reject so-called "Replacement Theology".  To me it is evident that God is not finished with national Israel. 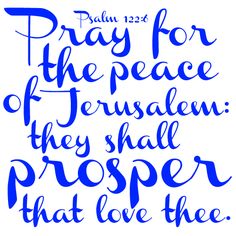 I am thankful that God has given me hope that I am one of His spiritual children. But this does not preclude Him having and dealing with a physical people and it is not required that God include me in that people.

I'll admit that modern yankee liberal Jews are sometimes prominent amongst our enemies, but so are modern yankee liberal Catholics and Protestants and Pagans and atheists (if there is in reality such a thing). God did not choose Israel because they were bigger and better than anyone else, and He certainly found nothing in me that was worthy of His election unto salvation. Glorify Him for His Sovereign Election. If you cannot do that, then just deal with it. In any case, you cannot change it, no matter how hard you "kick against the pricks".

It is rather amazing that some folks claim that the US government and the media are being controlled by Jews, and yet both the media and the government are CLEARLY anti-Israel and working at odds to their welfare. I have a very hard time comprehending such "logic." I believe nothing that I hear from the media and I trust nothing that the Amerikan Empire does or says.

As always, these comments and our attached paper are presented Just for Your Consideration. I don't expect that everyone will agree with me. However, if my comments anger some of my friends, may I recommend to you the "delete button." If it's still more than you can bear, then you can always ask to be removed from this list.